How My Brother Raped Me And Died - Ugochi Oritsejolomisan
7938
post-template-default,single,single-post,postid-7938,single-format-standard,bridge-core-3.0.2,qode-page-transition-enabled,ajax_fade,page_not_loaded,,qode_grid_1300,qode-child-theme-ver-1.0.0,qode-theme-ver-29.1,qode-theme-bridge,disabled_footer_bottom,qode_header_in_grid,wpb-js-composer js-comp-ver-6.9.0,vc_responsive

Home : True Story : How My Brother Raped Me And Died

How My Brother Raped Me And Died 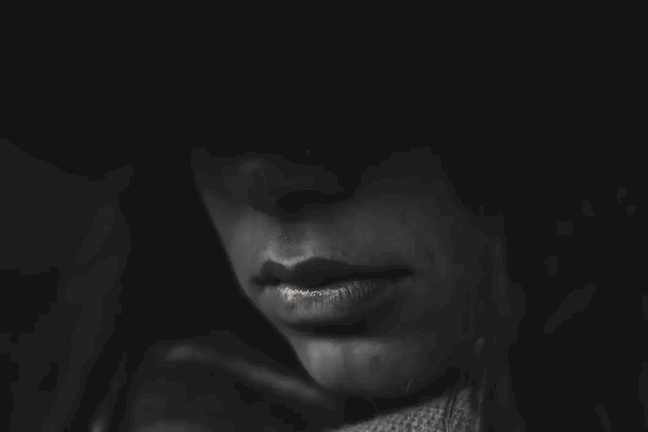 08 Mar How My Brother Raped Me And Died

“What is that I hear, what is happening?” I asked my maids as I stepped out of the door looking to see what direction the loud and bitter wails were coming from.
Just about that time, a maid of my mother’s came crying to me, she was trying to speak in between deep heavy sobs and sounded terribly incoherent. I insisted she took a breath and tell me what the matter was, tears already streaming down my face as my heart thumped hard against my chest knowing that something ad had happened.

First, she said my big brother had run out of the country, he had killed all my other brothers and she said she had seen my dad on the floor after ripping his clothes, and she quipped about him not killing all my brothers but one…
She knelt before me with trembling lips and quaking shoulders. When she mentioned the name of my brother who had been killed, a cold wind blew over me and my heart sank.

My big brother had not forgotten my other brother’s heinous act against me, and he most certainly had not forgiven him.

How I was Raped

I wrapped my scarf quickly over my shoulders at the urgency of the message. As I stepped out I wondered why Father wants me, out of everyone else, to go care for my brother.
He has never even tasted my cakes before, so how does he know if he would like it? I haven’t even ever nursed any sick person. Anyway, I hope I can help make him feel better. He must be really sick for Father to send word like this to me.
It was a beautiful spring day. With the unpredictable nature of our spring time, we are always delighted to see a fair weather day.

I took in a deep breath when I felt my heart pounding again.

As much as I tried to switch the thoughts, I could not stop wondering why Father picked me out of all my sisters. After all some of them are older and more experienced, they would do a better job than I possibly could.
See, I come from a royal family, my Father is a mighty great king, and we are very large in number. I still could not think of any answer to provide my wondering mind when I stepped into his chambers. His servants were present, waiting on him.

After greetings I looked around and saw that everything I needed to cook for him was already set up within his sight. I looked over him in pity as he laid there looking helpless. I noticed something strange in his eyes but did not understand or try to figure it out, I had work to do.

Quickly I got to work. Father must have given methis task because he believed in me. I will do my very best to satisfy that trust. I took flour, kneaded it and made the cakes in his sight. When they were done, I put them in the pan and put it out before him but he refused to eat.
I asked him why but he said nothing. Rather he asked that everyone go out from him. When they all left, he asked me to bring the food into his bed chamber, he wants to eat out of my hand.

“Come, lie with me, my sister.” He said with terrifying passion.

In trembling fear I answered him, “No, my brother, do not force me, for no such thing should be done in Israel. Do not do this disgraceful thing! And I, where could I take my shame? And as for you, you would be like one of the fools in Israel. Now therefore, please speak to the king; for he will not withhold me from you.”

I Had To Say Something To Escape Being Raped

At this time it felt like my heart had sank into the pit of my stomach. I knew we couldn’t get married but I had to say something in the hopes that he would let me go.

I knew there was no way our Father, the king would allow such sacrilege to take place, not after him and Bathsheba.

I unsuspiciously took the cakes into his bedroom and as I reached his bedside he took hold of me... Click To Tweet

But my brother would not listen. I pleaded, I cried, I fought, but he was insistent and way stronger than me. He was breathing so hard and his chest was rising and falling heavily under his broad and muscular shoulders..
He looked like a crazy animal as he made his way through my robe and tugged hard at me under garment…
I don’t know if I was too shocked to scream, if I was concerned that he would hurt me if I did or if I was hoping he would stop. I kept begging, crying and trying to talk him into stopping, he would not listen.

I could not push him off, he was too big and strong for me. He had me in an awkward position and I felt like I was locked down.
I gasped in pain, tears gushing down my face as his manhood came tearing through me. The pain was piercing and frightening. I lay still in shock as he had his way with me. I was not thinking anymore, I just wanted it to be over…

He Did Something Worse Than Having Raped Me

When he was done there was a sudden change in his eyes. It almost looked like he was disgusted…like he hated me.
He got off me rather too quickly and said in a harsh, hateful tone, “Arise, be gone”!

I couldn’t help myself at this time, the lump in my throat grew larger and more bitter. I almost whispered in between heavy pain-filled sobs, “No, indeed!This evil of sending me away is worse than the other that you did to me.”

But he would not listen to me. He called on his servant and said to him, “Here! Put this woman out, away from me, and bolt the door behind her.”

The servant looked down at me as I tried wrap my robe to cover myself, he grabbed my hand, took me out the door, and bolted it like he had been instructed.

I Had To Face My Other Brother

Just as I turned a corner I saw Absalom, my older brother. Oh no, he will definitely kill Amnon if he gets to know what had happened. Even though Amnon was the heir apparent as the oldest male of the king, I know Absalom, he is fierce and reckless, he will do whatever he wants to do. I better keep quite, but what would I say was the reason I was covered in ashes?

“Has Amnon your brother been with you? But now hold your peace, my sister. He is your brother; do not take this thing to heart.” He was too calm, it was scary.

I understand He must have heard I had gone to “cheer” Amnon up but how he knew what had happened in there I did not know. His question left me wide eyed. I opened my mouth but was utterly speechless.
He did not let me go back to my chambers, He took me into his house. I still live there, in the royal harem, till this moment; desolate, unmarried and without a family of my own.

He Planned The Rape All along

I suspected my brother Absalom would do something drastic about the situation, but when twelve whole months went by and he neither talked about it or said a word, I thought he had let it go.

But still, I am not surprised at his actions today, he has always been bent on doing what he wanted to do not matter how long it took.

His Death Changed Nothing

The truth is, Amnon’s death does not change anything for me. His dying would not make any man desire me enough to marry me. I will leave this earth without knowing the joy of being a wife or, a mother. Absalom must have killed Amnon to satisfy his anger, to avenge for me. But it has done absolutely nothing to change my life.

This site uses Akismet to reduce spam. Learn how your comment data is processed.