The Truth About Why I Never Got Married - Ugochi Oritsejolomisan
7707
post-template-default,single,single-post,postid-7707,single-format-standard,bridge-core-3.0.2,qode-page-transition-enabled,ajax_fade,page_not_loaded,,qode_grid_1300,qode-child-theme-ver-1.0.0,qode-theme-ver-29.1,qode-theme-bridge,disabled_footer_bottom,qode_header_in_grid,wpb-js-composer js-comp-ver-6.9.0,vc_responsive

Home : Christian Life : The Truth About Why I Never Got Married

The Truth About Why I Never Got Married 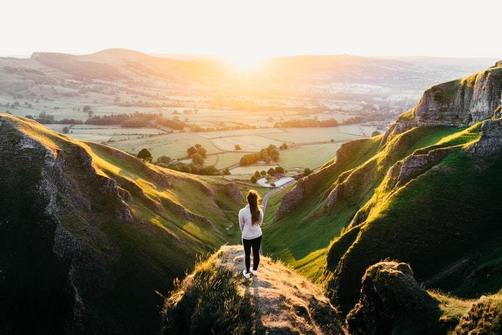 29 Oct The Truth About Why I Never Got Married

I was a woman with desires just like others, I wanted to get married. I wanted to have a family of my own in the future. I wanted to be the crown on my husband’s head, I wanted children to love and care for. I desired to have a house and home to run.
Please forgive me if you are a woman and you do not have these desires… I know that circumstances can make a person decide against being married and having children. But I wanted to have a full family.

However, I could not fulfill this desire due to something that had happened in my life. Something I did not see coming, something I never even imagined or thought about. Let me tell you the truth about what happened and why.

My family is one that I am not so proud of. My dad was the son of a prostitute. His father had married another woman and his step-brothers sent him away from his father’s house so that he could not lay claim to any inheritance in the event of his father’s death. He had to run from all that he had ever known into a hard and uncertain life. Now, being the daughter of a castaway and granddaughter of a prostitute is not the best lineage to come from.

I cannot forget the shame, the mockery, the disfavours and insults I had to face even in the land my dad had fled to. My story followed my every where I went. The entire community knew me by my father’s history. But some young ladies who did not let my story stop them from getting to know me could not help being my friends after they saw that I was not like the picture my father’s family and community painted about me.

The Battles I Faced

Now, in the land where my dad fled, he found a group of undesirable and low-class men who started following him. These men were landless and empty; without a place in the society. He and these men became recognized great warriors and they went about attacking and conquering enemies who came against them. That became the life my father knew and the life I was born into. If you think I had a rough childhood, you are right.
Why did I have to deal with all the sneerings and side talks when I had no hand in how and where I was born. Couldn’t they see that?
Even the married women were talking. Sometimes I would see them talking in groups looking in my direction and the moment I got close enough to hear them they would all go silent. There were others who made no attempt to hide what they thought about me, my father and my life. They went on talking as I approached them and even clapped there hands at me when I went by and/or laughed in mockery.

I would often battle with my self-esteem and be tempted to just run away. I thought about running so far away where nobody would know me, my family or my story. Maybe if I ran and got married to a man that love me I would feel better. Many times It was too much for me to deal with and I would cry and cry, especially at those times when my dad had gone away on one of their raids. I also often wished I had not been born… at least not into these circumstances.

I also often wished I had not been born… at least not into these circumstances. Click To Tweet

My Father Loved Me

Whenever I spoke to my dad about these happenings, he spoke words of comfort to me and told me how precious I was to him. He said I was the most important human in his life and I should care less about what people thought or said about me because what he thought and said about me was what mattered.
He never stopped telling me that I should rest my thought and confidence in how he saw me rather than how any other person did. I did my best to keep his love and words in my thought; that was how I stayed sane and whole. I undoubtedly enjoyed unquestionable love from my father. His love made it easy to go through life.

My father’s love saw me through life, he said what he thought about me was what mattered. Click To Tweet

The Beginning Of The Change Of My Life

The day that lead to a complete change in my life came. That was the day the leaders of my father’s original town paid him a visit. They wanted him to come and lead them to war against a very powerful army; the army of the Ammonittes.
Not happy with them for allowing his step-brothers kick him out of his father’s land without intervening. my dad felt their hatred all over again as they stood before him as memories of his past flooded his mind. He had lived a life less than what he should have had he remained in his father’s house. Now they wanted his help. Should he go?

They promised to make him their head/ruler if he agreed to lead them in battle. But could he trust them? How sure is he that after the battle they would not send back to the land of Tob or even put a sword through his chest?
He needed to make sure he heard them right, he asked again to confirm that he heard them right and to persuade him they swore to God being their witness.

My dad went with them to war and everyday I prayed that God will bring him back to me. He was all I had and I could not bear the thought of him not being with me. Who would love me, give me out to a man, be my children’s grand-father and tell them stories under the moon light? All these questions ran through my mind as I waited.

The Day My Life Changed

Finally, one day, after what seemed like forever, I heard songs of victory in the land and I picked my tambourine and joined the singing. I was so sure my dad had returned home to me and I could not wait to see him. As I stepped out in excitement, like a dream, I saw my dad in flesh and blood. I was elated!

He was not pleased to see me. In fact I was too shocked to take any step further from where I was when I saw him rip his clothes in anguish. The words that came from his mouth where even more petrifying;
“Oh my daughter, you have completely destroyed me! You have brought disaster on me! For I have made a vow to The Lord and I cannot take it back.”

It was too much information to process but then I began to understand the pain my father was feeling right then. He had vowed to God and I was the sacrifice. 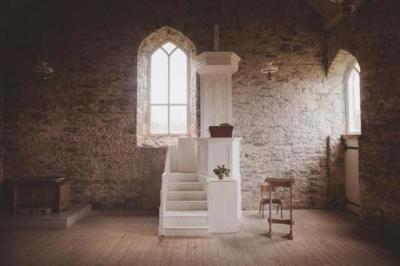 Seeing all my dreams of marriage, being a mother and having a family disappear was heart breaking. I saw my life changing right then, a change completely opposite what I had wanted, what I had hoped for, what I had rehearsed in my mind over and over again. I would never get married, I would die a virgin!

God knows I loved my dad. I knew he loved God and would not want to offend God by going back on his vow. I did not bother to ask why? Why would he make such a vow? Why did he not think it through? Why was he so desperate to win that he did not consider that I might be the first thing/person that would meet him?

I didn’t want to stand between him and God. I was a willing sacrifice. I did it for love. Love for God and love for my father. I encouraged my dad, I told him that if he had made a vow he must do to me what he has vowed for God has given him the victory he asked for. I only asked that he let me go with my friends to the hills for two months and weep for my virginity since I would die a virgin.

I would sacrifice the dream of women in my time. The dream to become a mother. Click To Tweet

I hope you enjoyed my retelling of this story. I filled it in with my imagination without altering the message God had put down for us.

What can we take from Jephthah’s daughter?

Her willingness to lay down her life, her dreams, and her desires to get married in order to fulfill God’s purpose. She was ready to be a willing, living sacrifice unto God. She put her will aside for God’s will.

This story reminds me of how Jesus came, fought a battle, won the victory for us and commanded that we offer our lives a living sacrifice unto God.

And so, dear brothers and sisters, I plead with you to give your bodies to God because of all he has done for you. Let them be a living and holy sacrifice—the kind he will find acceptable. This is truly the way to worship him. Don’t copy the behaviour and customs of this world, but let God transform you into a new person by changing the way you think. Then you will learn to know God’s will for you, which is good and pleasing and perfect. Romans 12:1&2 NLT

We must say yes to Jesus and give our bodies and lives as sacrifice unto God. Yielding our desires, dreams, plans and wishes unto God and allow Him take the reins of our lives. This is what I gleaned from this story and I hope you saw it too.

Will you give yourself?
Will you be that living sacrifice unto God?