How To Be A Profitable And A Successful Christian - Ugochi Oritsejolomisan
7551
post-template-default,single,single-post,postid-7551,single-format-standard,bridge-core-3.0.2,qode-page-transition-enabled,ajax_fade,page_not_loaded,,qode_grid_1300,qode-child-theme-ver-1.0.0,qode-theme-ver-29.1,qode-theme-bridge,disabled_footer_bottom,qode_header_in_grid,wpb-js-composer js-comp-ver-6.9.0,vc_responsive

Home : Christian Life : How To Be A Profitable And A Successful Christian

How To Be A Profitable And A Successful Christian

04 Mar How To Be A Profitable And A Successful Christian

I believe strongly that a proper knowing, believing and living who we are as Christians, will empower us to be all that God has called us to be. To be the light in this dying world, to help the lost, weary, broken, lonely and depressed. This is what it means to be a successful Christian.

It is important that we understand who we really are as believers in, and followers of Christ, otherwise we will not be the solution God has created us to be in the world. We would not be able to float atop life’s storms, let alone help those who are drowning. We can only help the world effectively when we know and walk in the reality of our redemption. I shared some Vital Things A Christian Must Remember in 2014. It is a two part series I recommend you read. Please find them Here and Here.

This reminds me of a lesson my husband has shared severally from the Disney Classical “The Lion King”.

If you haven’t seen the movie, I think you should…

For those of you who have seen it; remember Simba looked into the lake or stream… when he wanted to drink some water? He saw his dad’s, (Mufasa’s) image and it dawned on him who he “really” was. He was playing with his breakfast, lunch and dinner. He was playing with what he should have been feeding on…

We will be better positioned to help our world when we walk in the reality of our redemption.~ Ugochi Oritsejolomisan

So, what are some of the truths we need to know, believe, and act on concerning our redemption? What changes can we make in order to become productive and successful Christians? First let me share a foundational truth;

We Are Children Of The Most High God

For you are all sons of God through faith in Christ Jesus. Galatians 3:26 NASB

You know how people from a prestigious family or descent are proud of their background or ancestry in the natural word? When we truly know and understand that we are children of God, we will look at ourselves very differently and walk this earth like the kings and priests we are.

And hast made us unto our God kings and priests: and we shall reign on the earth. Revelation 5:10

A great king or priest does not live for himself only, he lives to help others, he lives to bring good and sound judgment to his people or those he leads. Any king that does this will hardly be forgotten.
As kings and priests, we can lift up the low spirited, we can put smiles on people’s faces, we can speak peace to the storms that rage in the lives of our neighbours, family members, acquaintances and people we meet. We can turn people from darkness and lead them into The Light.
From scriptures as we will see shortly, we will all agree that there are several great, beautiful, astounding and outstanding inferences or consequences of being children of The Most High God.

The essence of this article is to show us or remind us of who we are so that we can live in that light and more especially affect the world like God intends us to.

To Be A Profitable And Successful Christian You Must Know That:

Note that it didn’t say ‘a spirit’ but ‘spirit’. You know this saying that “we are just flesh and blood” has caused the defeat of some Christians.
If we live like normal human beings, think like them, speak like them and act like them, if we do not live lives that reflect our lineage, then we would experience what normal human beings experience, we would be defeated by the things that defeat normal men. Read Psalm 82

We CAN think God’s thoughts by thinking on His word. Before Christ, God said His thoughts are higher than our thoughts, but after Christ He said His Spirit can make His thoughts known to us.

But, as it is written, “What no eye has seen, nor ear heard, nor the heart of man imagined,
what God has prepared for those who love him” 10 these things God has revealed to us through the Spirit. For the Spirit searches everything, even the depths of God. 16 For who has understood the mind of the Lord so as to instruct him?” But we have the mind of Christ.
2 Corinthians 2:9 -10,16 ESV

The thought that a believer, a child of God would consider himself/herself mere flesh and blood is insulting to the family.
Now, do not think I am writing heresy. The Bible states the following:

Being born again, not of corruptible seed, but of incorruptible, by the word of God, which liveth and abideth for ever. 1 Peter 1:23

We Are Born Of The Same Spirit That Conceived Jesus Christ

…and that which is born of the Spirit is spirit. John 3:6b

Jesus, quoting Psalm 82:6 said that we have become gods because the word of God has come to us.

Jesus answered them, “Is it not written in your Law, ‘I said, you are gods’? 35 If he called them gods to whom the word of God came—and Scripture cannot be broken— 36 do you say of him whom the Father consecrated and sent into the world, ‘You are blaspheming,’ because I said, ‘I am the Son of God’? John 10:34-36 ESV

Of course, this does not mean we are divine like God, but it does mean we share in His nature and essence and have His authority and backing to execute judgement here on earth.

By faith [that is, with an inherent trust and enduring confidence in the power, wisdom and goodness of God] we understand that the worlds (universe, ages) were framed and created [formed, put in order, and equipped for their intended purpose] by the word of God, so that what is seen was not made out of things which are visible. Hebrews 11:3 AMP

When we realize that we are Spirits and gods over the earth we would;

A Christian life should be the manifestation to the world of the supernatural. ~ Alexander Maclaren.

But the one who is united and joined to the Lord is one spirit with Him.
1 Corinthians 6:17 AMP

You know, so many people, even some Christians would frown at you and probably accuse you of spiritual arrogance if you say you are one with God. It was not any different in Jesus’s day.

If you read the verses following the above scripture, you would see the reaction of the Jews. They were going to kill him, they were about to stone Him to death just because he declared who He was. They could not comprehend the fact that a man just like them would boldly declare a thing like that.
Their natural minds could neither understand nor contain it.

When you know and believe that you are one with God. And you start paying attention to your union with Him…

When you love like God, you would change your world, the world for Christ. You will be a productive, impactful and successful Christian. 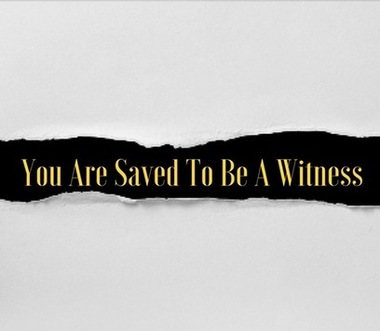 …and [so that you will begin to know] what the immeasurable and unlimited and surpassing greatness of His [active, spiritual] power is in us who believe. These are in accordance with the working of His mighty strength 20 which He produced in Christ when He raised Him from the dead and seated Him at His own right hand in the heavenly places, 21 far above all rule and authority and power and dominion [whether angelic or human], and [far above] every name that is named [above every title that can be conferred], not only in this age and world but also in the one to come. 22 And He i]”>[i]put all things [in every realm] in subjection under Christ’s feet, and j]”>[j]appointed Him as [supreme and authoritative] head over all things in the church, 23 which is His body, the fullness of Him who fills and completes all things in all [believers]. Ephesians 1:19-23 AMP

Please take time to read the above verse again.

Notice that the Bible says, “all things has been put under Christ’s feet”. And then in verse 22, the Church is referred to as Christ’s body. The church is not a place or a thing, the church is you and I and everyone else who is a child of God.

Would I be correct to say that all things are subject to a believer as well? Let the next verse of scripture answer this question.

And He raised us up together with Him [when we believed], and seated us with Him in the heavenly places, [because we are] in Christ Jesus, 7 [and He did this] so that in the ages to come He might [clearly] show the immeasurable and unsurpassed riches of His grace in [His] kindness toward us in Christ Jesus [by providing for our redemption].
Ephesians 2:6 AMP

The Word of God didn’t speak futuristically here. Right here, right now, every believer is seated together with Christ in the heavenly places and all things are subject to us because they are subject to Christ and we are in Christ and He is in us. He is our head and we are His body, we are His feet, all thinks are under our feet.

If we know that are things in every realm are subject to us. And we believe that God has given us power and dominion over every power of darkness;

If we do not know the wealth of benefits accrued to us as believers, if we do not know, understand and believe God’s word concerning our redemption and its implication. We would live our lives like ordinary people, but we are not ordinary. We are children of The Most High God, supernatural in nature, one spirit with Him, have the mind of Christ with all things under our feet. Hallelujah!

While this alone is something to shout about as we enjoy all the victories this affords us. Heaven will let out a greater shout in rejoicing for us when we use our rights. When we us our privileges and authority to rescue souls that the enemy has targeted for destruction. When we draw them away from darkness and point/lead them into The Light. This is what makes a successful Christian.
I am a total believer in God’s will for us to prosper that’s why I wrote on Christianity And The Prosperity Message, but I do know that the measure of a believer’s success is how much souls he/she impacts for God’s kingdom. But it takes a believer who knows who he/she is, understands his/her redeemed status and puts the power endued on him/her to good use.

Our victory is not the only thing God saved us for, He wants us to be the reason others encounter His redemptive power.~ Ugochi Oritsejolomisan

Let’s go and be the light! Let us be the productive, impactful and successful Christians God has called us to be.

Do you know who you are in Christ?
Do you know what you have been empowered for?
Please share your thoughts in the comment section.