Why What We Say Should Matter To Us
7093
post-template-default,single,single-post,postid-7093,single-format-standard,bridge-core-3.0.2,qode-page-transition-enabled,ajax_fade,page_not_loaded,,qode_grid_1300,qode-child-theme-ver-1.0.0,qode-theme-ver-29.1,qode-theme-bridge,disabled_footer_bottom,qode_header_in_grid,wpb-js-composer js-comp-ver-6.9.0,vc_responsive

Home : Faith : Why What We Say Should Matter To Us

Why What We Say Should Matter To Us 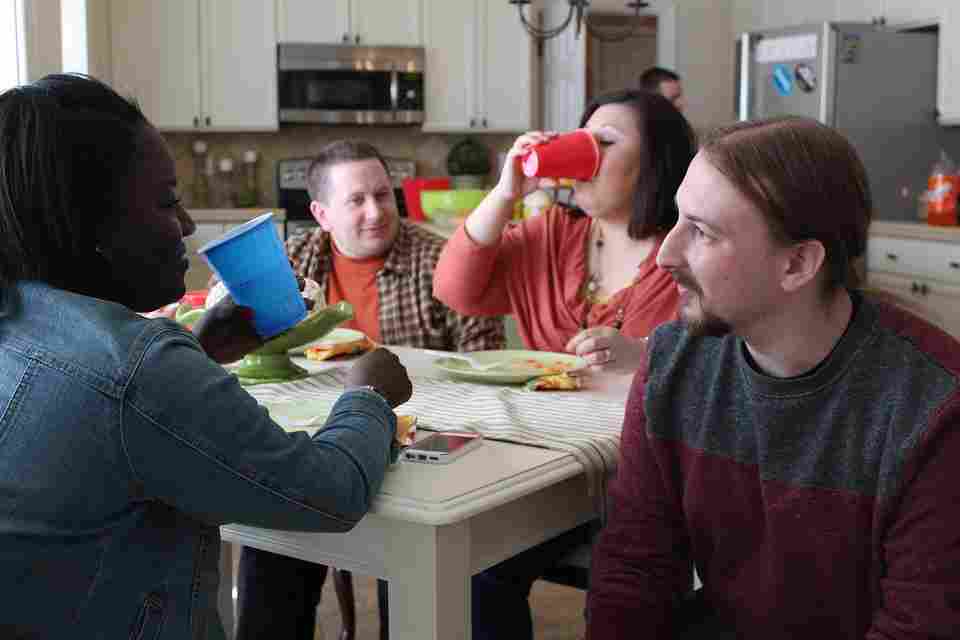 14 Jun Why What We Say Should Matter To Us

My husband and I were in a discussion with about five young people about how our words were seeds that would produce harvests for us in this life and the life to come. We continued discussing on the power of our tongues and our words. We all agreed that it was not healthy for us to speak negative words because our words frame our future and entire life.
One young man asked a question;
“If I use a word that means bad but in my heart I don’t mean bad and the person I am talking to understands that, will God disapprove?”
This singular question turned the whole discussion around…
He answered the question by opining that he does not believe God to be so mean as to know he didn’t mean the word in the bad, evil, or negative sense and still punish him for it.
He believes, he continued, that people should view the word in the context which he means it, not in their own judgement.
Eighty percent of them agreed with him.

We attempted to point them to the word of God and let them know we should not use words carelessly, but they threw in their strong reasons why it is not wrong to use ‘bad’ words as long as we don’t mean them in a ‘bad’ sense.
They said some of the words that were considered ‘evil’ in the past are no longer bad words.

One example of such words they suggested was ‘kill or killing’. One of them gave and an example of how he could use the word ‘killing’ to mean a good thing. He said if, for instance, he said something like, “This laughter is killing me.” the person or persons he is talking to knows he is neither dying nor wants to die. He said God knows his heart and what he means by the word “killing” in that instance.
After we looked in the dictionary, we saw that killing could mean ‘bring an end to’, he said the word in the context he used it could mean that the laughter is bringing an end to his misery.
I went to the dictionary and saw that the word also means ‘highly amusing’.

Another word that came up was ‘mad’
They said in their generation, they used mad to describe a person or thing that was awesome. For instance, “That actor is mad!” or “That car is mad!”Do you find this odd?
I had a similar but much more intense experience the very next day.

It was a warm evening in Windsor and most people at the organization where I volunteer were not excited about it; I was. After my first life encounter with snow last winter, the first encounter beyond my Christmas movie experiences, I welcomed the warmth with gladness. So, suffice it to say, I was having a great day… but there was a twist that sobered the day quite a bit for me.
We were in bible study and over three quarters of the people present were youths. We were discussing on the anti-christ and how he is making his entrance in subtle ways. The pastor handling the session mentioned how times are changing and the world is beginning to welcome thoughts and practices that were not acceptable in the past. She talked about how morals are declining and all over the world governments and nations are beginning to sign into law things that go completely contrary to God’s moral standards. She mentioned that even some believers are being deceived into thinking it is alright.

I knew then that I had to bring up the issue of the day before, and when I did, the revelation was disturbing. A great number of the youth in the room had the same opinion like the youth we had discussed with the day before. I mean it when I say that I found this very disturbing.
Let me make a list of their arguments as to why using bad or negative words don’t count as long as you take them to mean ‘good’. I followed each with my thoughts on the argument.

Saying ‘awesome’ is old fashioned, so instead of saying, for instance, that a car is awesome, they would rather say a car is ‘mad’.
My thoughts; there are several words in the dictionary that we can use to replace ‘awesome’, words that are healthy and life giving instead of ‘mad’.

My thoughts; we can code communication using good and healthy words rather than negative and destructive words.

For instance Killing also means highly amusing.
Adultery is no longer wrong, it is now just a normal affair by two consenting adults.Dope is also great substitute for very good.

My thoughts; if I have a choice of words to convey a particular message, I would choose the positive words. Plus, I am beginning to think we should stick with the bible meaning of words rather than depend on world dictionaries that are updated based on the number of times it is used rather than the original meaning of the word.
God’s word is very stable, it cannot change, not even if heaven and earth passes away. Since we believe it is Truth, it would be best to communicate based on God’s word and language, after all, he created language.

My thoughts; Besides God, the angels, and the person we speak to, the devil and his demons are listening too. And since we know the devil hates us beyond words can describe, he, with his angels can take the words we speak and use them against us if the are negative and destructive, even if we do not mean them.
When we give the enemy room to work against us, God and His angels can do nothing because we gave the enemy the opportunity and authority by speaking words he can work with.

The Smaller Percentage Of Young Believers.

I wish I had taken notes, at this point, I was a bit unsettled. This group had quite some insight on how to use words according to God’s desire and direction.

God’s Mind On Our Words.

In summary, I know, from God’s word that He wants us to be careful and deliberate about our choice of words. He said so much on this topic in His word that we cannot miss it if we study His word and take it to heart.
Below are some of these bible verses:
A man’s stomach shall be satisfied from the fruit of his mouth; from the produce of his lips he shall be filled. Death and life are in the power of the tongue, and those who love it will eat its fruit.
Proverbs 18:20-21 NKJV

Whoever would love life and see good days must keep their tongue from evil and their lips from deceitful speech. 1 Peter 3:10

Let there be no filthiness and silly talk, or coarse [obscene or vulgar] joking, because such things are not appropriate [for believers]; but instead speak of your thankfulness [to God]. Ephesians 5:4 AMP

If anyone thinks himself to be religious [scrupulously observant of the rituals of his faith], and does not control his tongue but deludes his own heart, this person’s religion is worthless (futile, barren).
James 1:26 AMP

He who guards his mouth and his tongue guards himself from troubles. Proverbs 21:23 AMP

How To Speak Right?

God’s word is the source of right words. The word of God contains all the guide we need. God’s word will rid our hearts of the careless and negative words, give us the wisdom we need to restructure our vocabulary while enriching our hearts with life producing and life giving words.
We must constantly read, study, meditate on and speak the word of God back to ourselves so that we can begin and continue speaking in a manner that pleases God and disarms the enemy.

And do not be conformed to this world [any longer with its superficial values and customs], but be transformed and progressively changed [as you mature spiritually] by the renewing of your mind [focusing on godly values and ethical attitudes], so that you may prove [for yourselves] what the will of God is, that which is good and acceptable and perfect [in His plan and purpose for you]. Romans 12:1-2 AMP

I am hoping that someone in doubt will be convinced by God’s word that we should not joke around with the words that we speak, because if our words matter to God so that He ave clear instructions, our words should matter to us. We must always remember that death and life are in our words. Proverbs 18:21

Do you think our words matter?
What do you do to make sure you speak the right kinds of words?