When Anger is Nurtured In A Marriage.
5929
post-template-default,single,single-post,postid-5929,single-format-standard,bridge-core-3.0.2,qode-page-transition-enabled,ajax_fade,page_not_loaded,,qode_grid_1300,qode-child-theme-ver-1.0.0,qode-theme-ver-29.1,qode-theme-bridge,disabled_footer_bottom,qode_header_in_grid,wpb-js-composer js-comp-ver-6.9.0,vc_responsive

Home : Married Circle : When Anger Is Nurtured In A Marriage.

When Anger Is Nurtured In A Marriage. 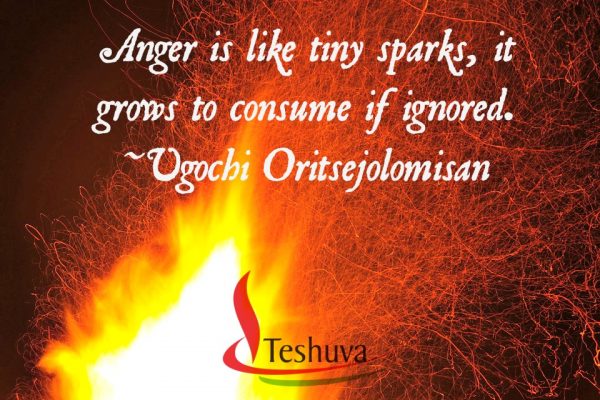 25 Apr When Anger Is Nurtured In A Marriage.

Alfred and Yvette (not their real names) have been married for about 6 years and as far as everyone was concerned, their marriage was okay. They were doing well, had their home in a good stated located after Ajah in Lagos and many more properties on rent. Had a range of cars considered to be in the cream of the crop of brands available. They had never been caught in anger with each other. Even the only challenge known to people, that of infertility, had received intervention from God. They had a one year old child after five years.
So it didn’t make sense to many when they learnt that Alfred and Yvette had separated with divorce in view.

What could make what seemed such a “perfect” marriage suddenly crumble?

Yvette’s Story.
Yvette was unhappy with her husband because she had been informed severally that he has been running around with other girls. On a number of occasions, she had seen suspicious looking ladies with him in the office and he never gave a satisfactory answer whenever she asked him about them. She is very, very angry with him, because of the lies, even when it is very obvious.
She got so angry to the point where she charges into his office regularly to fight him and the ladies. She embarrasses him in front of his staff, and all his neighbours in the office complex, she makes sure she shames the ladies for all to see. He hardly ever comes home on time. He is uncaring, a liar, a cheat and a mean man.
She even asked that he joins him in the business, she thinks the reason all of this is happening was because she was doing nothing at home. If she gets busy, she would get less angry. He refused but promised to set up a business for her that she would manage on her own. After she made her inquiries and presented her bill, her husband told her that it was too much, he told her to lease a place for starts and buy a property when the business begins blossoming. She didn’t want any of that, she must own her own property.
All of these happenings culminated to a big fight and both of them injured each other severely.

She is tired and wants to leave him so he can enjoy the fill of the other ladies. Click To Tweet

He must settle her and their child…

Alfred’s Story.
He cannot stand his wife any longer because she does not treat him with an iota of respect. He provides most any thing she needs as long as he has the means to do so.
She accuses him of sexual affairs with any lady she seems him with and always comes to start a fight in his office, causing him so much shame and embarrassment.
He has no peace at home, he is always wary about going home because she would definitely start a fight on something of old or something new. He stays in the office until late when he would get home and go to bed… but many times, there would still be a fight.
When she asked to work with him he couldn’t imagine it, there would be thousands of fights and he wouldn’t want that. He promised to sponsor any business of her choice but when she came with her unbelievable bill, he told her she either adjusts her plan or wait till he can gather the huge amount and he couldn’t say when that would be…
He is afraid for his life because she has threatened to kill him more than once. She is driving him into the arms of other ladies… she is ungrateful and insatiable. Her angry is terrible, she breaks everything in the house when those anger fits begin. She gets so physical in her fights and every time, there are injuries. She got so angry, that she broke all the glasses of their newest car… He has had enough.

He wants her out and he will look after their child. He wants nothing more to do with her… Click To Tweet

Note 1 – In marriage, both spouses should learn how to tackle issues. When your spouse is doing something wrong, a physical, carnal approach never produces the right results. We must learn to fight and win in the spirit and watch our victories manifest.

For the weapons of our warfare are not carnal but mighty in God for pulling down strongholds, 5 casting down arguments and every high thing that exalts itself against the knowledge of God, bringing every thought into captivity to the obedience of Christ, 6 and being ready to punish all disobedience when your obedience is fulfilled. 2 Corinthians 10:4-6 NKJV

Those weapons are listed in Ephesians 6:10-18

Note 2 – When your spouse complains of an issue that bothers him/her, the right thing would be to do everything to make sure his/her concerns are properly addressed in pursuit of peace.

Pursue peace with all people, and holiness, without which no one will see the Lord: Hebrews 12:14 NKJV

Therefore, as the elect of God, holy and beloved, put on tender mercies, kindness, humility, meekness, longsuffering; bearing with one another, and forgiving one another, if anyone has a complaint against another; even as Christ forgave you, so you also must do. Colossians 3:12-13 NKJV

Marriage is work, if it is not worked at, God cannot help the couple. I have also noted, that God can use anyone of the spouses, the man or His wife, to bring about the success of the marriage. He only needs a willing, yielded and patient spouse.

Are you willing to let God use you?
Or do you think it is all your spouse’s fault?