Home : Lifestyle : A Pregnancy, My Sin.

A Pregnancy, My Sin. 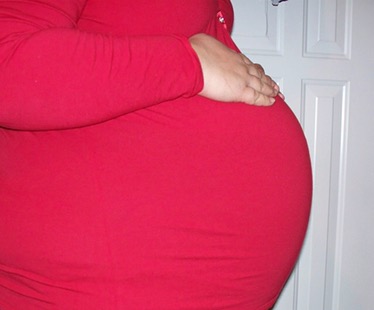 It has been a long time ago, but I still remember. I opened the door and saw her standing in front of me with her protruding stomach. She was obviously pregnant and her face revealed to me that she would soon put to bed.

The Bad Seed.
She said my brother was the father of her soon to be born baby. She was well known in the neighbourhood as very promiscuous and I thought she just wanted to “put it” on my brother. I shouldn’t have done what I did next but I did it.

I cannot remember my exact words, but I was rude to her, my brother’s fiancé was inside and I didn’t want any “show downs” between them, so I thought I should “send her off”.
I was young and unsaved, but very wrong and inexcusable.
After I got born again, I began a search for this lady whom I knew so well. I wanted so much to apologise to her and ask her forgiveness for the way I responded to her that day.
I searched Facebook, one of the easiest ways I thought I could find her.
I asked about her from people I thought might know her, but I haven’t found her yet.

I asked God for forgiveness for the way I spoke to her that day and prayed that He would cause our paths to cross and that too has not happened yet.

But I am still hoping and believing…

The Harvest.
A couple of years later, I was going to marry an Anglican pastor whom I had to walk away from. You can find the story HERE.

One day his sister gave me the insult of my life. She started talking of how their brother’s wife is not in the country, she was abroad and they would soon be welcoming her home. She went on and on about how they were interested in any local wife when their “foreign” marriage to their foreign wife was almost concluded.

All this happened before I discovered the LETTER.
You cannot imagine how I felt even though I knew I had no business marrying that man.

Almost immediately I had a flashback to the day when I was rude and not nice to that pregnant lady.
I knew God has forgiven me, I was sure I had accepted and received His forgiveness.
How come I got back what I had done to someone else?

The Good Seed.
I also remember in the first week at Youth Service Camp (A one year compulsory national service for all Nigerian graduates) when I gave up my bed for a roommate in school who had not been nice to me.

I struggled within myself even though I knew I should do it, but my spirit subdued my flesh and I did it with joy.

The Harvest.
That act brought me so much favours with my fellow Corpers and I was never stranded while we were in Camp. People went out of their ways to favour me, even when I only wished it.
Seed time and harvest truly does not cease.

While the earth remains, seedtime and harvest, cold and heat, summer and winter, and day and night shall not cease. Genesis 8:22 AMP

I really cannot explain it, but I know that it is important that we take care about what we think about others, what we say to and speak about others and how we act towards other people.
And as you would like and desire that men would do to you, do exactly so to them. Luke 6:31 AMP
How we treat people is a seed that will bring its harvest into our lives. If we treat people like God would have us do, then we would receive the same in return.
Yes, the enemy will test us with some of his own people but on a very large scale we would receive love in return for love.

Many times the people we treat nice will do use veil in return but the seed we have sown in their lives will produce us a harvest from somewhere/someone else.

When we apply this golden rule in our daily living, knowing that we reap what we sow, we would be fulfilling God’s command of love and we would be blessed by our obedience.

I had a first hand experience of both sides, if you thin, well and hard enough you might remember of one or more experiences too.

How are you treating people?
Will you share an experience you’ve had?