The Walk In The Garden. - Ugochi Oritsejolomisan
5811
post-template-default,single,single-post,postid-5811,single-format-standard,bridge-core-3.0.2,qode-page-transition-enabled,ajax_fade,page_not_loaded,,qode_grid_1300,qode-child-theme-ver-1.0.0,qode-theme-ver-29.1,qode-theme-bridge,disabled_footer_bottom,qode_header_in_grid,wpb-js-composer js-comp-ver-6.9.0,vc_responsive

Home : Married Circle : The Walk In The Garden.

The Walk In The Garden. 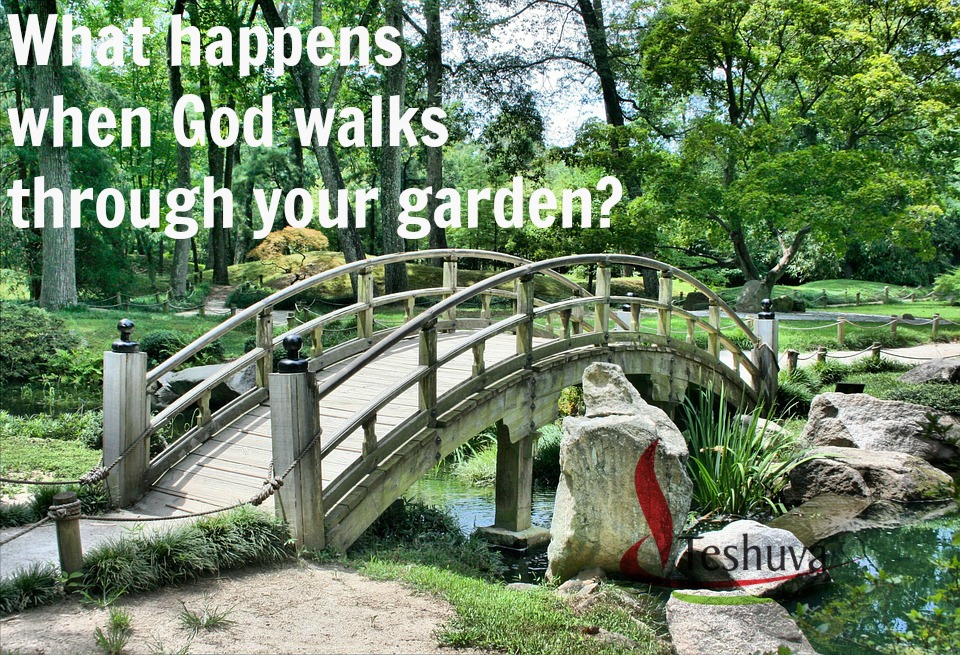 29 Feb The Walk In The Garden.

Hearing about a walk in the garden quickly brings to mind the thoughts of a romantic hand in hand stroll, smelling roses, listening to the chirping of birds, enjoying nature while basking in the love you see when you take a look into your spouse’s eyes.
For some of you, what comes to mind is a quiet walk by yourself, reflecting on life and what is going on in, with and around you. Exhaling stress and inhaling freshness to begin another journey in life.
And to some others it maybe taking a prayer walk in the beauty of God’s creation.

The Walk.
The story I am about to tell today is not a pleasure walk or stroll. It has nothing to do with enjoying nature or enjoying your spouse. It is in fact a contrary situation.
It happened in a garden where the first couple lived. This couple had everything they needed and wanted at their disposal, they lacked nothing whatsoever.
The best of it all was… They had unhindered, refreshing, and empowering fellowship with God Almighty. They had a one on one fellowship with God, the Bible didn’t say if they saw God face to face, but from what we read, they were hearing His voice like you would hear mine if I spoke to you. They enjoyed God and life. For me, this is an enjoyment with a capital E.

Then something went terribly wrong…

One day when God came walking in the garden, looking out to fellowship with the man and wife, He got vexed, and what would have been a sweet fellowship ended up in a disaster.

Instead of God leaving them refreshed and empowered, they, by their act, brought upon themselves unpleasant situations.

All of this happened because the man and woman God created decided to satisfy their curiosity by giving into disobedience to God. They listened to the enemy, fell for his bait and their fleshly desires. What would have been a peaceful, bliss full, and glory filled marriage was given up all because they harkened to the voice of the enemy instead of the voice of God.

The enemy had deceived Eve, and Adam bought into the lie when she repeated his(the devil’s) words to him.

The enemy told them that their eyes would be opened and they would become wiser, he told them that what God said would destroy them would actually make them like Him (GOD). He in effect was telling them that God was a deceit, a liar.

And they listened to him and disobeyed God.

READ GENESIS 3 for the full story

How many times have couples listened to the enemy and disobeyed God to their own hurt? Click To Tweet

All problems in all marriages have disobedience as its root cause. Disobedience makes for a hard life and a hard marriage.

Good understanding giveth favour: but the way of transgressors is hard. Proverbs 13:15

If couples would make up their minds never to do anything contrary to the word of God, the bliss they would enjoy will be unparalleled.

The enemy always wants to make us believe that we are missing out on something when we obey God. Click To Tweet

Disobedience to God’s word causes pain in marriage. When we decide to please ourselves, do it our own way, satisfy our flesh and emotions rather than follow God’s word, we cause pain, strife, unhappiness, unfulfilment in our marriages.

If you are willing and obedient, You shall eat the best of the land; Isaiah 1:19 AMP

A decision for, and step towards obedience to God’s word in our lives will take away the challenges we have to deal with in marriage.

It is only in obedience to God’s word, we enjoy peace, satisfaction and bliss in our marriages. Click To Tweet

When you choose obedience to God’s word, you choose bliss in your marriage!

Will you shun the devil and his suggestions?
Will you obey God despite what you see and/or feel?