Sin From The Roof Top 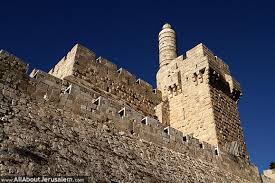 25 May Sin From The Roof Top

In the spring, when kings go forth to battle, David sent Joab with his servants and all Israel, and they ravaged the Ammonites [country] and besieged Rabbah. But David remained in Jerusalem.  2 Samuel 11:1 AMP

David was not supposed to be home at the time, how much less on his roof top. That was the beginning of his trouble…He saw a woman bathing, he might as well run off the roof top but he gazed long enough to see the loveliness of her body.
He didn’t stop at the notice but he took further steps to inquire about her, then he just TOOK her.

PLEASE READ ALL OF 2 SAMUEL 11

Now according to the story, David learnt that he had gotten her pregnant by TAKING her, and in order to cover up his sin, he arranged for Uriah, Bathsheba’s husband to be killed at the war front.
Uriah – a man who was where he was supposed to be, doing what he was supposed to be doing. A man who as it were was more righteous than the king at that time.

Notice the last verse of that chapter;
Verse 27 – And when the mourning was past, David sent and brought her to his house, and she became his wife and bore him a son. But the thing that David had done was evil in the sight of the Lord.
My Emphasis

David’s adultery led him to commit murder. It is not news that sin has grave consequences and adultery is not left out.

The consequences of David’s adultery are painfully enormous;

Adultery is not always initiated by the man, sometimes women are the ones who reach for it. Click To Tweet

Of course, both parties are guilty, because Bathsheba could have refused regardless of the dangers that lie in her refusal, and the simple men could have said no to the strange or loose woman.

I, like many others have had to look opportunities for adultery in the face and refuse it. I know the temptation can be real but if you read my last post, you will know that you can avoid and stop adultery.

I thought to share this story with us as I list some couple of scriptures to show God’s view on adultery and the consequences of the sin.

1. The man who commits adultery with another’s wife, even his neighbor’s wife, the adulterer and the adulteress shall surely be put to death. Leviticus 20:10 AMP

2. For [adultery] is a heinous and chief crime, an iniquity [to demand action by] the judges and punishment. Job 31:11 AMP

3. But whoever commits adultery with a woman lacks heart and understanding (moral principle and prudence); he who does it is destroying his own life. Proverbs 6:32 AMP

4. But I say to you that everyone who so much as looks at a woman with evil desire for her has already committed adultery with her in his heart. Matthew 5:28 AMP

5. Let marriage be held in honor (esteemed worthy, precious, of great price, and especially dear) in all things. And thus let the marriage bed be undefiled (kept undishonored); for God will judge and punish the unchaste [all guilty of sexual vice] and adulterous. Hebrews 13:4 AMP

6. But as for the cowards and the ignoble and the contemptible and the cravenly lacking in courage and the cowardly submissive, and as for the unbelieving and faithless, and as for the depraved and defiled with abominations, and as for murderers and the lewd and adulterous and the practicers of magic arts and the idolaters (those who give supreme devotion to anyone or anything other than God) and all liars (those who knowingly convey untruth by word or deed)—[all of these shall have] their part in the lake that blazes with fire and brimstone. This is the second death. Revelation 21:8 AMP

All of us, married and single need to stay conscious of how adultery, like any other sin grieves the heart of God, and how it can lead to eternal death.

It may not matter to this world but it matters to our Father’s kingdom, adultery is sin! Click To Tweet

We cannot grieve God’s heart without grieving, even if it be ultimately.

Have you ever seen the pains adultery can cause?

Have you ever had to intervene in the life or marriage that has been affected?

Do you have anything you would want to share in this regard?

Photo Credit: All about Jerusalem