Home : Married Circle : 4 Marital Truths We Must Fight To Keep.

4 Marital Truths We Must Fight To Keep. 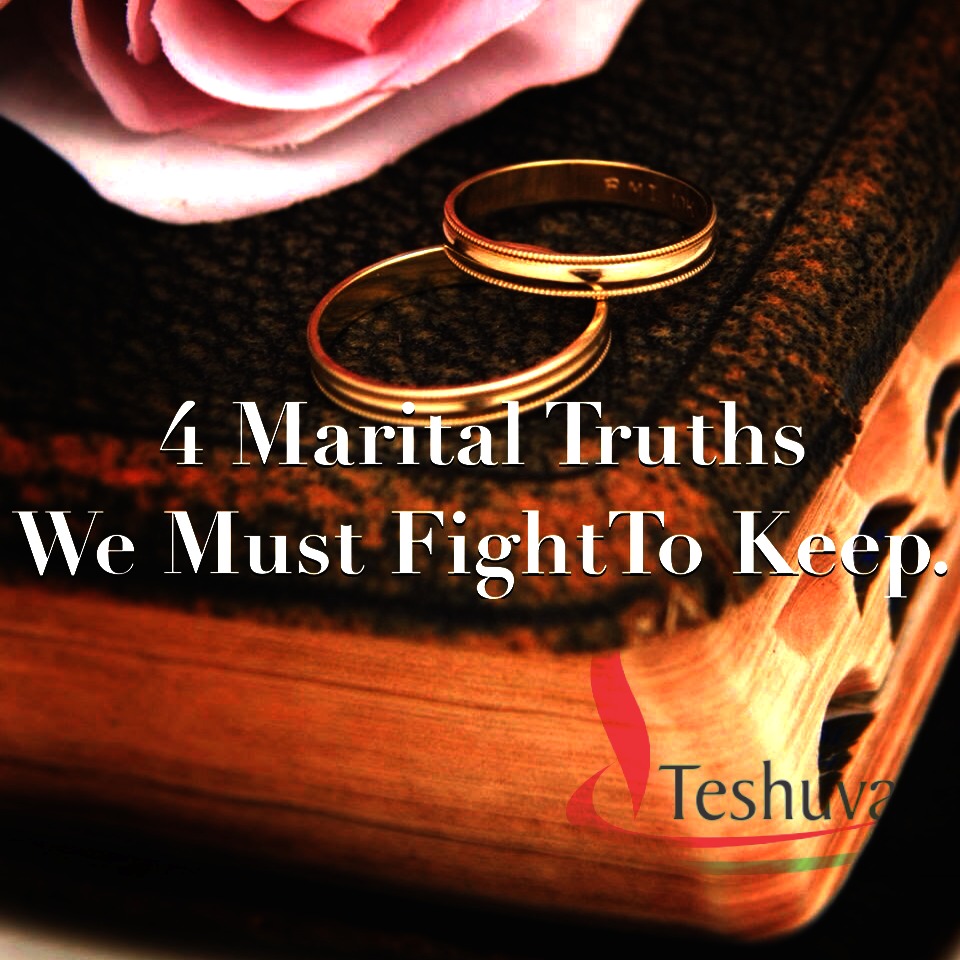 20 Apr 4 Marital Truths We Must Fight To Keep. 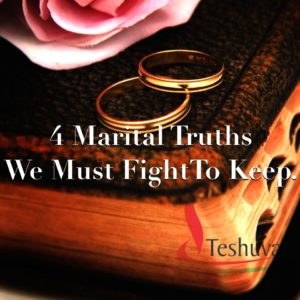 In a world where governments, nations, communities, families and individuals are co-operating with the kingdom of the enemy to corrupt marriage, the original marriage God, The Creator Himself has instituted, we must know the truth and fight to uphold marriage and its values.

Here are some truths I believe we must fight to uphold:

1. Marriage is between a man and a woman.
And the Lord God caused a deep sleep to fall upon Adam; and while he slept, He took one of his ribs or a part of his side and closed up the [place with] flesh. And the rib or part of his side which the Lord God had taken from the man He built up and made into a woman, and He brought her to the man. Then Adam said, This [creature] is now bone of my bones and flesh of my flesh; she shall be called Woman, because she was taken out of a man. Therefore a man shall leave his father and his mother and shall become united and cleave to his wife, and they shall become one flesh. Genesis 2: 21-24 (AMP)

Anything outside this is from the devil and a disobedience to God and His word. Click To Tweet

If a man lies with a male as if he were a woman, both men have committed an offense (something perverse, unnatural, abhorrent, and detestable); they shall surely be put to death; their blood shall be upon them. Leviticus 20:13 (AMP)

…For their women exchanged their natural function for an unnatural and abnormal one, And the men also turned from natural relations with women and were set ablaze (burning out, consumed) with lust for one another—men committing shameful acts with men and suffering in their own bodies and personalities the inevitable consequences and penalty of their wrong-doing and going astray, which was [their] fitting retribution. Romans 1:26-27 (AMP)

3. Marriage cannot be without sacrifice.
In marriage, husbands and wives are commanded to put each other first. The instructions for marital relationship has a strong undertone of sacrifice.

Husbands, love your wives, as Christ loved the church and gave Himself up for her. Ephesians 5:25 (AMP)

As the church is subject to Christ, so let wives also be subject in everything to their husbands. Ephesians 5:24 (AMP)

You cannot obey these scriptures if you have not committed to giving yourself to your spouse, and you must have to lay somethings down in order to do this effectively. The husband must be give up himself for his wife, the waif must give herself up for her husband.

4. Marriage involves children.
I know satan often attacks many couples with barrenness and delays but I also hear and read about couples who have made-up minds that they do not want to have children because they want to live their lives without the inconveniences of having to parent a child.
Children are blessings from the Lord, not inconveniences…

Behold, children are a heritage from the Lord, the fruit of the womb a reward. Psalm 127:3 (AMP)

And God blessed them and said to them, Be fruitful, multiply, and fill the earth… Genesis 1:28 (AMP)

Do you agree that marriage as God instituted is under attack?

Are there other Marital truths you think we have to fight to keep?