Life With The Three Pigs. 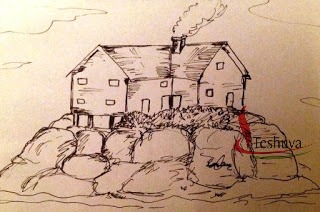 20 Feb Life With The Three Pigs. 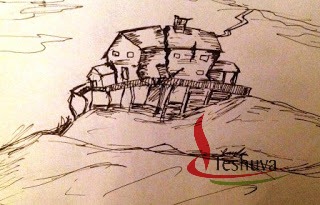 I want to share this story I read as a little girl, then I will share with you what I have realized as a grown up lady. Read on even if you know the story, just to refresh your mind.

Once upon a time there were three little pigs. One day they set out from the farm where they had been born. They were going out into the world to start new lives and enjoy any adventures that might come their way.

The First Little Piggy.
The first little pig met a man carrying some straw, and he asked him if he might have some to build himself a house.
“Of course, little pig,” said the man. He gave the little pig a big bundle of straw, and the little pig built himself a lovely house of golden straw.
A big bad wolf lived nearby. He came along and saw the new house and, feeling rather hungry and thinking he would like to eat a little pig for supper, he called out, “Little pig, little pig, let me come in.”
To which the little pig replied, “No, no, by the hair of my chinny chin chin, I’ll not let you in!”

So the wolf shouted very crossly, “Then I’ll huff and I’ll puff, till I blow your house in!”
And he huffed and he puffed, and he HUFFED and he PUFFED until the house of straw fell in, and the wolf ate the little pig for his supper that evening.

The Second Little Piggy.
The second little pig was walking along the road when he met a man with a load of wood. “Please Sir,” he said, “can you let me have some of that wood so that I can build a house?”
“Of course,” said the man, and he gave him a big pile of wood. In no time at all, the little pig had built himself a lovely house. The next evening, along came the same wolf.
When he saw another little pig, this time in a wooden house, he called out, “Little pig, little pig, let me come in.”
To which the pig replied, “No, no, by the hair of my chinny chin chin, I’ll not let you in!”

So the wolf shouted, “Then I’ll huff and I’ll puff, till I blow your house in!”
And he huffed and he puffed and he HUFFED and he PUFFED until the house fell in and the wolf gobbled up the little pig for his supper.

The Third Piggy.
The third little pig met a man with a cartload of bricks. “Please Sir, can I have some bricks to build myself a house?” he asked, and when the man had given him some, he built himself a lovely house with the bricks.
The big bad wolf came along, and licked his lips as he thought about the third little pig. He called out, “Little pig, little pig, let me come in!”
And the little pig called back, “No, no, by the hair of my chinny chin chin, I’ll not let you in!”

Take Home.
This story has a very important lesson for us all. What is your house made of, and what is it built on? I do not know much about construction, but from tidbits I have picked up from this and that expert, I know that what your house is built with and the kind of ground it is built on is directly proportional to how strong and secure it is from natural disasters, or even wear and tear.

So it is with our very lives and homes, what and how we build it determines what happens to us when life’s “wolves” come huffing and puffing, and they are sure going to come. When you build your life and home with the straws and woods that life offers and suggests to you, then you stand to be an easy prey. But if you build your life on The Solid Foundation-The Rock who is The Christ-Jesus you are like the last pig, you will face the huffs and puffs but you will stand.

No Bed Of Roses.
Don’t misunderstand me, following Jesus does not make your life a bed of roses, even roses have thorns. We all will face the challenges of life, but our preparedness and response will be very different depending on whom we build on, God who is sure and strong or this life that is temporal, with all its failing systems. When you build your life on God and His word, following Him every day, your end whether here or hereafter will be sure and pure victory.

Only God has the wisdom on how to live successfully here on earth, I am not surprised; after all He created the earth and the whole Universe. This wisdom He has made available for us in His word, written in the Bible.

My dear readers please do not build your lives and homes on sinking sand, when you can enjoy the safety of The Solid Rock.

Jesus told a parable which the three little pigs’ story might have been derived:
Anyone who hears and obeys these teachings of mine is like a wise person who built a house on solid rock.
Rain poured down, rivers flooded, and winds beat against that house. But it did not fall, because it was built on solid rock.
Anyone who hears my teachings and doesn’t obey them is like a foolish person who built a house on sand.
The rain poured down, the rivers flooded, and the winds blew and beat against that house. Finally, it fell with a crash.
Matthew 7:24-27 (CEV)