Farting Before Your Spouse. 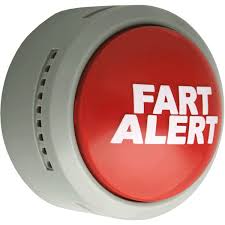 24 Nov Farting Before Your Spouse. 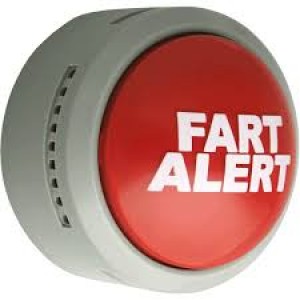 That said, I have a very interestingly hilarious story to tell about a discussion I and my husband had with some young ladies over lunch recently. It was about farting. Yes… you read right,  farting… lol.

Fart: [fahrt] noun
A flatus expelled through the anus.
Dictionary.com

The Question.
One of the ladies asked if it was okay to fart in the presence and to the hearing of her husband. She also took it a bit further if it was okay to poop while your spouse was around and let him or her hear the sound of the pooping. She always makes sure she turned the tap on to drown the sound of her plunging poop, she said.

I guess you might be smiling or laughing by now… I laughed a lot during this conversation because of the sincerity and innocence on my sister’s face when she asked. Also, the look of agreement and innocence on the other ladies’ faces also evoked laughter from my husband and I.

They other ladies concurred; “I would not want him to hear my fart, I would rather do a silent one.”

“The silent one smells even more…”

“What if it comes unexpectedly and loud?”

“It would be so embarrassing.”

Our Thoughts.
We, my husband and I explained to them, that farting and pooping before their spouses should not be a big deal. They should feel no embarrassment whatsoever “being themselves” before their spouses. I told them jokingly that they could even play farting games with their spouses; it is all part of the package. I know the smell of fart may be terrible at times… but the room can be aired and sprayed with air fresheners.

I am not advocating indiscriminate farting in the home; I am only saying it should be no big deal and should cause no embarrassment whatsoever for couples. It is part of the excretory process, never heard of the smell killing a fly, and if it happens upon you or your spouse, a loving “excuse me please” should suffice.

In marriage, shyness could become a problem because it could mean that one person is holding back a bit of himself or herself from the other, and that is unhealthy. Click To Tweet

And the man and his wife were both naked and were not embarrassed or ashamed in each other’s presence. Genesis 2:25 (AMP)

In marriage, we should feel comfortable with each other’s presence on whatever level. We should be “naked” in every sense of the word without being ashamed or embarrassed.
I know this happens more often in very young marriages… like in the case of my sister above, but it shouldn’t really be a big deal at all.

Can you imagine having to drown out the sound of your pooping with rushing water sounds, just so your spouse won’t hear it? What time and effort and even money would that consume?

My husband and I have conversations while in the toilet doing our businesses… except the smell gets really intolerable, lol. Little things like this could be indicators of not fully letting go of yourself to your spouse… or no?

What do you think?

Do you fart before your spouse?

Can you poop in your spouse presence and/or to his/her hearing?