Home : Lifestyle : When My Appreciation Changed.

When My Appreciation Changed. 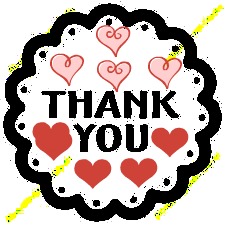 15 Sep When My Appreciation Changed. 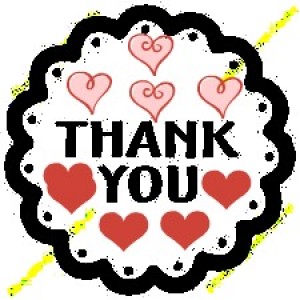 I was in the kitchen ALONE, we had just finished dinner and I sent our boys off to bed because they needed enough rest before morning. They had end of session exams to prepare for, they would normally stay back to help clean up but I thought they should rest that night because we had a late dinner and I thought to leave them out of kitchen business for that night. My husband, on the other hand, was in the sitting room, iPad in hand, what he was doing I did not even know.

The Anger
I felt the anger welling up in me as I stomped in and out of the dinning, banging the door, scuffing with my feet and making other angry noises, hoping he would get the message and lend a helping hand (Now why didn’t I just ask?).
I started talking to myself, asking myself to calm down and remember that I DON’T WANT TO FIGHT. But oh no, “myself” didn’t listen and I let the anger rise and rise…
After what seemed like a very long time to me, and I was almost done with cleaning up, my husband came into the kitchen. Heart already racing, I said in a calm but angry tone: “Don’t bother to help, go back to your iPad, I don’t need your help!”

I still had few things to pick from the dining table and I kept stomping in and out of the kitchen as I expressed my anger on how he just sat back and let me tire out. I complained of how he used to be helpful but had just stopped being helpful and that was where I hit him hard…

“Do you even appreciate the previous times I have helped?” He asked

“Of course I do! I defended “Even in the presence of so and so the other day, I told of how helpful you have been.”

“How about telling me, when it’s just you and me?” He queried “You have only said it to people but never to me!”

It Hit Me!
I don’t remember exactly what I said at that point but I realized once again, that I had goofed. Why have I not thanked him to his face, between him and me? Believe me, I really did appreciate his efforts around the house; he is very helpful, especially since the paid help left. But I should have voiced it out, told him in words, and let him know that I knew he was helpful and that I appreciated it. I apologized, though a little later as I took time to really think of what he had said. And from then on, I started dishing out many thank-yous for as many things he does that I can remember. And I must say, he does more, I don’t know if he is spurred on by my change or he just does what he thinks he needs to do but I tell you he does much more now.

It Was A Good Thing.
I am sort of grateful for the events of this day, because I may not have known I was in error and was hurting him too. I may have continued in this very serious negligence and ignored a very important ingredient in marriage and relationships- appreciation.

I love to be appreciated and every one does. So if you want it, you should give it too, don’t you think? Click To Tweet

So then, whatever you desire that others would do to and for you, even so do also to and for them… Matthew 7:12 (AMP)

It is easy to think that your spouse should know that you appreciate him/her, but you might be wrong, like I was. So we should open our hearts and mouths and let our spouses know that they are appreciated, for the “little” things and the “big” things too. Somebody once said, “What you appreciate, will appreciate towards you.” How true that is, I am a testimony and it can only get better from now on.

When God was speaking to the Colossians in Colossians Chapter 3, He was talking to them about relating with each other beginning from verse 12, and in verse 15 He ends by saying…

Be not deceived; God is not mocked: for whatsoever a man soweth, that shall he also reap. Galatians 6:7

Appreciating your spouse, between you two, may just be that lacking ingredient to make you marriage a great one. Click To Tweet

Do you neglect appreciating your spouse?
Do you forget? Or do you just assume that he/she should know?