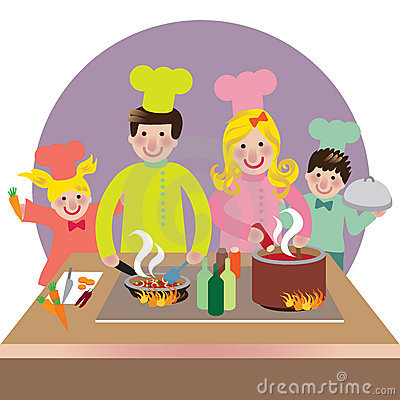 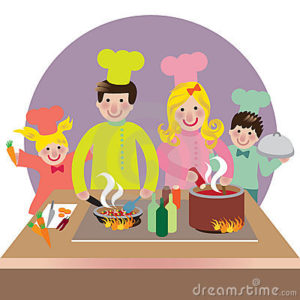 I have deliberately engaged in conversations with both men and women and have discovered that the era of deliberate home cooked meals are fast disappearing. With the busyness of of our world, there is hardly time enough for wives and mothers to shop and cook in the kitchen and call the home together for family meals.

I Am Old School
Before I continue, I must admit that I am old fashioned, old school, somewhat traditional and a bit strict when it comes to marriage, especially when it has to do with God’s idea.
That being said, I believe you would see this as my perspective and do your best to think a bit about it before jumping to any conclusions.

One Shocking Advice
One woman several years ago did not understand it when I or some other women told her we were going to cook. One day she advised that I engage a caterer to cook different meals for me so I could store in the freezer and serve my family perhaps for a week or two per time. I told her that I would rather learn so I can make the meals my self and besides her advice would not work in my home since my husband is a food and kitchen lover and would notice that I didn’t make the meals myself and this would not go well with him and my marriage at all.
I later got to learn that this is the common practice of many busy wives, they order different kinds of soups and stews, throw them in the freezer and warm to serve their family for weeks until it runs out and they order some more. I can never be convinced on the excuse for this.

Never Too Busy For Cooking
I understand that sometimes women have to work outside the home in order to support their husbands financially given specific circumstances (the proverbs 31 woman was an example of a working wife). But I know there is something about a woman preparing meals with her own hands in love, and setting a table for her family to share.

Now do not misunderstand me, I do not believe that cooking is all women are good for and I believe there is nothing wrong with a family treating themselves at a restaurant  and resting from cooking.  I was amazed however, to note that in the midst of the busyness of the example of a virtuous woman in Proverbs, she always made time to prepare meals for her household.

She gets up before daylight to prepare food for her family and for her servants. Proverbs 31: 15 (CEV)

I believe that food, like money and sex have a lot to do with marriage and it’s success.

There Are Dangers
In Lagos Nigeria where I live presently, I have heard of homes that have been shattered because this area of home cooked meals has long been ignored. Believe me, I am not kidding at all.

It Is A Healthy Practice
There is something about a woman cooking, more so when her husband and children join in the kitchen and have a great family time preparing meals together. It is one sure way for women to perform their nurturing role, which I believe God has placed inherently in the woman.
It is very healthy for the home, for families to sit together and eat home cooked meals from their kitchen, rather than quick meals from fast foods or meals cooked by caterers. I am not saying that this practice guarantees anything but it does help foster oneness and the hardly found bond in families these days.

Husbands Have Their Part Too
It is wrong when a husband refuses to tell his wife how important home cooked meals are to him and goes on as if it does not bother him that they have been eating from the fast foods or meals cooked by a help or imported from food caterers, only to arise suddenly after years and make a very big fiasco out of it.
As the head of the home, the husband can initiate family meals too and direct his wife if she is lacking in this area. As the head he is accountable for all that goes on in the home.
Also, when husbands join in the kitchen and make cooking with their wives fun, helping out in big and little ways, it will encourage wives to cook more in the kitchen, with their own hands for their families.
I know some men love to cook and because of their enthusiasm about the kitchen have almost taken over the cooking in their homes. But you must allow your wives to cook some too, allowing her to exercise her inherent nurturing gifts in her home, will help her keep things in perspective.

Abraham and Sarah together prepared the meal that was served the “strangers” that passed by their home on the fateful day as recorded in Genesis 18: 6-8
And Abraham hastened into the tent unto Sarah, and said, Make ready quickly three measures of fine meal, knead it, and make cakes upon the hearth. And Abraham ran unto the herd, and fetcht a calf tender and good, and gave it unto a young man; and he hasted to dress it. And he took butter, and milk, and the calf which he had dressed, and set it before them; and he stood by them under the tree, and they did eat.

I often think I will be sounding off when I say this but I believe we should do everything to bring back and sustain the act of home cooking and family meal times in our marriages, what about you?

Do you think home cooked meals have anything positive to contribute to a marriage?

Is home cooking still alive in your marriage?

Do you know any marriage that has suffered because they hardly cook in their kitchen?