He Wants, She Wants
3698
post-template-default,single,single-post,postid-3698,single-format-standard,bridge-core-3.0.2,qode-page-transition-enabled,ajax_fade,page_not_loaded,,qode_grid_1300,qode-child-theme-ver-1.0.0,qode-theme-ver-29.1,qode-theme-bridge,disabled_footer_bottom,qode_header_in_grid,wpb-js-composer js-comp-ver-6.9.0,vc_responsive

Home : Lifestyle : He Wants, She Wants

He Wants, She Wants 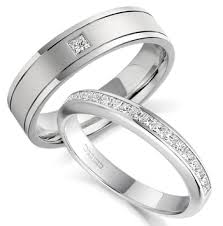 It is funny how husbands and their wives do things to each other, things they do not like and cannot stand if done to them and then find it hard to do for, or to them those things they themselves desire. As I sat before a couple recently and thought about their marriage, my marriage and many others I know, I thought of some things that husbands and wives do that they cannot take or at least take nicely from their spouses.
Of course there are exceptions, but on a general note, I have discovered it to be the same in most marriages.

There may be more you want to add…

You may want to add some more…

You know, it is okay to expect good from your spouse, there is absolutely nothing wrong with it as long as you do the good he or she deserves or expects from you too. It should go both ways or it will hardly work smoothly. To put it in God’s own words;

So then, whatever you desire that others would do to and for you, even so do also to and for them, for this is (sums up) the Law and the Prophets. Matthew 7:12 AMP

This scripture works very well in marriages too, or don’t you think?