The Cross Makes Us Sick 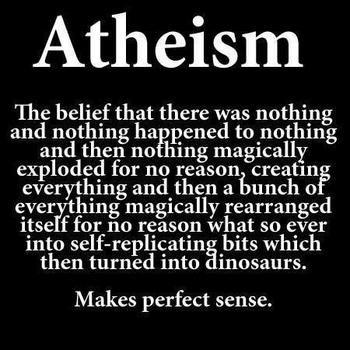 21 Nov The Cross Makes Us Sick

I couldn’t help but click on the headlines when I saw it. I am getting more conscious of the fact that we really do live in the last of the end of days, so my shock at this news was short lived.
Here is an excerpt from the article published:
American Atheists filed a federal suit in 2012 claiming the cross is unconstitutional. They assert they are suffering from both physical and emotional damages from the mere existence of the cross, resulting in headaches, indigestion and even mental pain. A federal district court dismissed the lawsuit, and now the atheist group has filed an appeal in the case.

You can read the whole article here.

As I read the article, I formed three opinions.

Opinion 1
The devil has gone crazier than before, he is not satisfied with all that is already going on; killing of unborn children, increase in divorce, same sex relationships and marriages, sexless babies, and all other atrocities he has unleashed and caused many to buy into. Now he has decided to touch on the cross, wanting to remove anything that might remind anyone that Jesus was crucified and won the victory over him.
And he has found willing vessels that make claims of The Cross being hazardous to their lives.

Opinion 2
It could be true. Though it is not the actual cross that Jesus was nailed to, the power of what and whom it represents could induce pain on those of the kingdom of darkness. The cross is very significant, it represents the victory that light has won over darkness and I understand perfectly if the devil does not want it standing at the museum.

The cross at the museum is fashioned by two intersecting steel beams that survived the twin towers’ collapse on 9/11.- Excerpt

I believe that God can transmit His power through that cross regardless of what it was fashioned with; He chooses what to do, when He wants to do it.

Opinion 3
Opinion 1 and 2 could both be true.

In Conclusion
According to the article, the museum has the right to display the cross without conflicting with the constitution. If the cross is actually giving them problems then they should read a clear message…

“There is SOMETHING about the cross.”  To those of God’s Kingdom it represents the power to save and deliver, to those of the kingdom of darkness it has power to cause pain.

For the preaching of the cross is to them that perish foolishness: but unto us which are saved it is the power of God. 1 Corinthians 1:18 Emphasis mine