The Crown That Won’t Sit

17 May The Crown That Won’t Sit

The popular saying that the sky is big enough to accommodate the stars without collusion does hold true. In the part of the world where I live we say it like this: “Shine your shine and let me shine my shine” 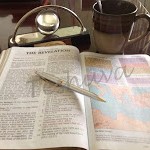 Adonojah son of King David was not satisfied being one of the king’s son, or better still the king’s brother. He did not learn anything fromthe things that befell his brother Absalom, he not only proclaimed himself king while his dad was still alive but sought to take his late wife Abishag. 1 Kings 2: 17 He knew too well that according to eastern customs seeking Abishag as wife means seeking the throne.  And he also knew too well that the kingship belonged to his half and younger brother Solomon 1 Kings 2: 15

Yet he made that demand out of his poisonous ambition that ultimately led to his death.

How often people forget to celebrate what God has blessed them with and long to satisfy their greed wanting what belongs to others.

Some one else’s crown cannot sit well on you, in fact struggling for it can be a risk of life!

So King Solomon sent Benaiah son of Jehoiada, who attacked [Adonijah] and he died. 1 Kings 2: 25