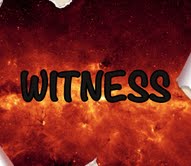 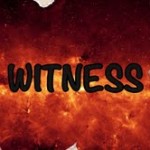 Have you ever witnessed anything profound, something out of this world, something many people will doubt possible?  You know there is a difference between when you are told about something and when you see it with your own eyes. And when you do, how easy is it for someone to tell you something else, when you know, when you are sure of what you saw? Not easy at all, if not impossible, because you saw it. But if you were just told of the incident, it is possible for someone else to change your mind about what you heard.

So it is with anyone who has TRULY had an encounter with God, no one will have an easy go at convincing him that God, Jesus and salvation is a big lie, a story for lily-livered shallow-minded, gullible people. I tell you this from personal experience and other people’s testimonies.

They have relied on what they have been told (which is not bad), instead of taking it a step further to know God for themselves. When someone gets to know God, His faithfulness, His ability and His love. NOTHING will cause him to doubt the existence of God. This only happens when after the encounter, fellowship is not sustained and the word of God is not fed on. But when there is a daily encounter of God and His Almightiness, a believer becomes immovable in his faith, because he has become like an eyewitness, he has “seen” God and has “known” Him.

We must keep seeking God in prayer every time, studying His word and desiring more of Him, we live in the last times and the enemy is trying hard to snatch men out of God’s kingdom. We have to fight to stay rooted in God and we cannot do so based on yesterday’s encounter alone, we must keep a fresh knowing, a fresh encounter, and a constant refreshing in His presence. We must keep our testimonies of and in Him fresh, we must keep our “witness” in the present continuous. Apostle Paul refused to stop, he kept seeking to know Him:

[For my determined purpose is] that I may know Him [that I may progressively become more deeply and intimately acquainted with Him, perceiving and recognizing and understanding the wonders of His Person more strongly and more clearly], and that I may in that same way come to know the power outflowing from His resurrection [which it exerts over believers], and that I may so share His sufferings as to be continually transformed [in spirit into His likeness even] to His death, [in the hope] Philippians 3:10 (AMP)

I have encountered God, I am not satisfied yet, I am still pressing on to know Him more. But where I am in Him right now, I am an eyewitness, a “first-hand” witness to the reality of a God who created the world and all that is in it. A God is lives, a God who speaks and a God who moves in the lives of men. Apostle John calls himself and his colleagues witnesses:

Have you “seen” Him, have you “touched” Him, are you a witness?!