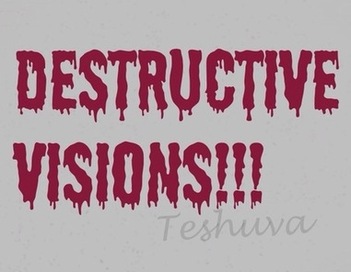 Posted at 17:12h in Married Circle by Ugochi Oritsejolomisan 20 Comments
0 Likes
Share
I sat across the round table from a woman and her husband recently as they sought counsel from a team of counsellors concerning their marriage.
She started out by telling us of how spiritual she is and how she hears God and knows His call is on her life.
Then she started telling of all her husband’s faults and ungodly behaviours and irresponsibility and on and on and on…
By the time her husband spoke up it was discovered that she has carefully avoided the bone of contention, the main reason why her husband took the steps that led to her calling for the meeting that night. She had accused him of two very serious and defamatory acts that she claimed she had facts to prove them. He wanted her to prove her claims there and then.

It was discovered that she had based her claims on “visions”, “prophesies”, and “dreams”. She believed so much in the “spectacular” and it was ripping her home apart right before her eyes. She had so much faith in the “seers” but unknowingly to her she has lost regard for the word of God.

Her husband claimed she was very stubborn and disrespects him so very much. And right before the three of us, she displayed her disregard for her husband. I believe largely due to the things she had been seeing in her visions and what the “seers” had been telling her.

You cannot claim to be godly when you do not obey God’s instruction, God CANNOT be mocked! Click To Tweet

I am not sharing this to make the man appear blameless, he was not and he acknowledged it.

The reason I share this is because this is not the first, second or third time I have had this kind of encounter.

Women in their quest to know “more” have ruined their homes because they become gullible to so called seers who tell them all manner of lies just to keep them coming back, they would rather depend on these people who manipulate them and mess with their minds than obey God’s written word.

Truth is, any seer who tells you to rebel against your husband, tells you he is a witch and tells you to do anything contrary to God’s word is not sent by God. He seeks to destroy your home. Many that I know of who insisted on going against God’s instruction as regards their marital relationship are no longer in their marriages as I write, some have even fallen into the deception of these prophets and now have children for them.

I believe in the finality and power of God’s word. God’s word is the standard to run any life marriage. Hence any dream, prophecy or vision that goes contrary to God’s word does not hold any ground for me.
The word of God has power to deal with any and every thing. It is the real supernatural, and a prayer of faith can bring down God’s supernatural power in my life and marriage.

I would rather sit on the word of God, pray and trust God for my marriage than spend my time and money on the devil and grant him access to my marriage.

I will not allow spiritual laziness and the quest for a quick fix to lure me into demonic ties.

I have heard that some husbands fall for the enemy too in this regard and I want to really appeal to every spouse to beware of the tricks of the enemy, stand on God’s word only and fight for your homes and refuse the enemy’s deception in your marriage.

Please share your thoughts in the comments box further down.