YOU WILL GET IT TOO... - Ugochi Oritsejolomisan
1198
post-template-default,single,single-post,postid-1198,single-format-standard,bridge-core-3.0.2,qode-page-transition-enabled,ajax_fade,page_not_loaded,,qode_grid_1300,qode-child-theme-ver-1.0.0,qode-theme-ver-29.1,qode-theme-bridge,disabled_footer_bottom,qode_header_in_grid,wpb-js-composer js-comp-ver-6.9.0,vc_responsive

YOU WILL GET IT TOO… 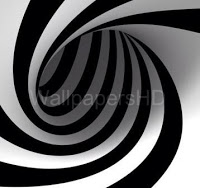 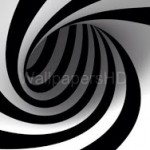 “I am engaged to marry a lady I love so much. But I have a problem with the way she treats people. She talks down on people and disrespects them. She even uses abusive words on them and I do not like this bit of her at all. The confusing thing is that she treats me like a king, always so gentle and nice to me,
She has never disrespected me once for these years that I have known her, but every other person I have encountered her with is looked down on by her. I have talked to her a lot about it but she doesn’t seem to see…”

Have you ever known someone who treats you so right but treats every other person like a joke? You have?  Me too!

I always advice that if you are in a relationship, any kind at all, with anyone and the person treats you with respect and dignity but treats every other person like they do not matter, take it from me, it won’t belong, you will get it too!
No matter how nice and respectfully you are treated, and no matter for how long, sooner than later you will get that treatment too. So you should talk about it and expect sincere and genuine changes. It does not make it good that you are respected when every other person is not. Every other person is a person too… just like you.
Listen to me, this is an attitude thing and it has formed part of who the person is. And who a person really is cannot be held back for too long. So don’t sit back unconcerned thinking it will be like that for always. Do not be fooled into thinking that it is okay to go on and marry a person since he/she treats you okay, even if everyone else is treated like dirt.
Why would you even want to marry someone who disrespects any one? And especially does not care about it?  I mean, would you not feel embarrassed? Would it not hurt you to see your spouse disrespect any person, even the lowest person there is?
Anyone who thinks they are better than everyone else has a major attitude problem, and even if you are the only one they treat right, it is still a problem because they will never be able to hold any relationship. If you do not work with them to deal with it before you tie the knots in marriage, then you are going to get it too.
If they won’t deal with and overcome that attitude, then the safest thing for you to do is like I always say…walk away…
Someone once said that marriage is very serious as it affects every part of someone’s life and so requires strategic praying and thinking. It must be thought through, and decided upon, weighing the consequences of every choice and decisions made.
Do not choose someone based on how they treat you alone, look at how they treat others too, it matters a lot more than you think, it could happen to you one day.
I believe I have said enough and I do hope you see what I mean; marriage is a very serious issue, so open your eyes wide before you walk in. Selah!
Proverbs 9:12 (KJV)
If thou be wise, thou shalt be wise for thyself: but if thou scornest, thou alone shalt bear it.
…now seriously, do you get me?!
Please share your thoughts in the comment box as you scroll further down.