WHEN IT GETS TOO MUCH - Ugochi Oritsejolomisan
1202
post-template-default,single,single-post,postid-1202,single-format-standard,bridge-core-3.0.2,qode-page-transition-enabled,ajax_fade,page_not_loaded,,qode_grid_1300,qode-child-theme-ver-1.0.0,qode-theme-ver-28.8,qode-theme-bridge,qode_header_in_grid,wpb-js-composer js-comp-ver-6.9.0,vc_responsive

Home : Faith : WHEN IT GETS TOO MUCH

WHEN IT GETS TOO MUCH 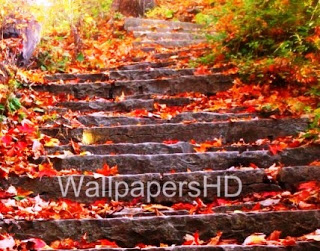 05 Dec WHEN IT GETS TOO MUCH 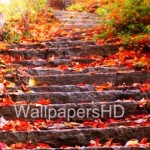 One wet day, a young boy in his teens was helping out at his step-mum’s store when a man walked in and asked if the brand of cigarette he wanted to purchase was original, if it was locally made or imported. The teenager replied:
“Do they produce this brand of cigarette here in this country?”
The man thought the boy was rude, infuriated and asking if the teenager was addressing him in that manner, he gave the boy a big slap across his face, the boy was dazed and a flash of stars appeared in the darkness of his closed eyes. By the time he opened his eyes, he thought hard on what he could do to this man to avenge the pain he had inflicted on him.
He looked at the man, he was tall and huge, and was dressed in immaculate white clothes. The young boy smiled to himself as an idea came to him. After he had thought it through, he grabbed a handful of red mud off the wet ground and hurled it at the man, but he didn’t wait to see the big splash of dirt damage it had done on the man’s white clothes.
He took off in a  desperate run to his father’s house, he knew… he felt the man racing after him and he refused to pause, or look back until he stepped into his father’s gates, the moment  he did he screamed desperately on top of his lung: “Papaaaaaaaa……..!!!”
His father jumped out of his living room and the young boy ran behind him just as the angry customer appeared at his father’s gates. The man stood transfixed and helpless while the teenager made funny “you lost… You cannot get me” faces at the man. He could do nothing, he slumped his taut shoulders in defeat, couldn’t take a step further into the gates, he walked away…
That young teenager grew to become the fine Christian man I married a little over twelve years ago. *wink, wink*
Have you ever felt threatened by the enemy? Ever felt despair and panic from the troubles and challenges of this life?
Maybe you have had run to your father like this in the face of imminent danger when you were young, and of course he secured you like my late father-in-law did his son.
But did you know that you could cry to your heavenly father for safety, you could run to your heavenly father too (that is if you have gone from just being His creation to His child)? When the enemy is at your back and you feel like you have no more energy to shoo him off, or maybe when the trouble is too great for you to handle, you can simply cry out in faith and run into your God’s arms and watch the enemy turn and run from you.
Psalm 34:17
The righteous cry, and the LORD heareth, and delivereth them out of all their troubles.
When you cry He hears, no matter where you are you cannot be out of His hearing or sight, and as He hears He will always come to your rescue.
He is our shelter, a strong tower. When you cry out He hears and runs out and you can simply run into His arms and be saved from the enemy and his troubles.
Psalm 61:3
For thou hast been a shelter for me, and a strong tower from the enemy.
Proverbs 18:10
The name of the LORD is a strong tower: the righteous runneth into it, and is safe.
And even if you are guilty (like my husband was) and deserve the troubles the enemy is taunting you with, God promises deliverance too if you will cry out. He said He will fight the enemy off your back, once you turn away from sin and call out to Him for help, He will fight for you and deliver you no matter how tough the enemy or situations seem to be.
Isaiah 49:24 & 25
24 Shall the prey be taken from the mighty, or the lawful captive delivered?
25 But thus saith the LORD, Even the captives of the mighty shall be taken away, and the prey of the terrible shall be delivered: for I will contend with him that contendeth with thee, and I will save thy children.
So even if you have missed it somehow, you can turn away right now and turn to God, cry out to Him and watch Him run out in your defence and protection, watch Him reveal Himself to you as the mighty deliverer. Cry out to Him even in your desperation or helpless state and watch Him save you with His mighty right arm, watch Him make you untouchable.
Cry out to God, run to Him in faith for your family, finances, healing, business, relationships… He will not turn away; He loves you even far more than your earthly father ever could.
Have you ever cried out to God, have you ever run to God, has He ever rescued you?