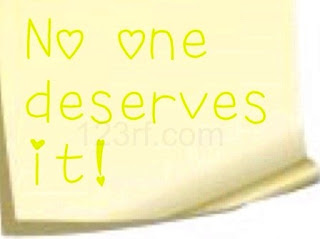 Posted at 14:48h in Singles' Tidbits, Trust by Ugochi Oritsejolomisan 15 Comments
0 Likes
Share
Before you read Two Timing, please read this short note.
Okay! I had to edit this post to share this! I was featured by Kelly of Our Everyday Harvest and I am excited about this. Kelly is a great bloggy friend and I am super delighted to know her, a God fearing sister. Thanks a lot Kelly!
Please check out her blog Here and read some of her inspirations!
Now back to TWO TIMING!

Two timing is a form of cheating in a relationship where a person attempts to maintain two separate relationships at once without one-another involved in each relationship knowing about each other.

Urban Dictionary
I have never understood why anybody would keep two intimate (you know what I mean) relationships at same time. I often wonder if insecurity, confusion or uncertainty has a part to play in it, or if it is just plain old cheating and misleading traits in a person. Some men even promise marriage to more than one person at the same time, I have had to ask a few why and they gave me the clumsy excuse that there has to be a plan B, just in case plan A does not work out. Unfortunately I have fallen for the second fiddle joke; I shared it HERE just in case you want details.
But is it really reason enough? I mean, is it okay to promise marriage to two people at the same time with the excuse of the “not putting all eggs in one basket” theory? Can this be applied to the case of dealing with the hearts of men and women, people like you and I?
A man once told me that he was not very sure that the girl he really desired to marry loved him as much, he said he was not sure of her commitment to the relationship and thought it necessary to maintain another relationship so that if his fears came to pass he would not lose out completely. Time was not on his side he claimed, and he could not afford to miss the deadline he had set for himself for marriage. I asked what would happen to the other lady if his fears did not come to pass, he said he would take time to explain to her and appease her in some way. Just like that!
This goes to show how a lot of people disregard others, how insensitive they are to other people’s needs and emotions. This for me is a case of selfishness, insincerity, deceit and I dare say wickedness. A lot of the other person’s life would have been wasted and in some cases destroyed.
No one deserves to be second fiddle, I do not think there is any reason enough why anyone should profess love to two different women or men, much more promise them marriage. Before anyone goes into a new relationship he or she should make sure the old one is properly ended, closed and done with.
Some ladies say they do not want disappointments too, that is why they keep one man in view, while they trust that the other one will walk out. I call it what it is, deceit!
When talking with singles I always tell them not to ignore any checks in their spirits, they should look for the reason for their doubts so as to know what direction to take, if it is founded on some serious issues then you have a choice to make, otherwise you can handle it and continue. I believe if you are not sure of any body’s commitment to a relationship, if you have any doubt at all, then you should not be in the relationship. Since trust is very fundamental in any relationship, its absence indicates a need for closure.
If for any reason someone disappoints you, you should deal with it and move on (now I know it is not as easy, but it is the right thing to do). Tell yourself it was not meant to be, especially if you have done your best to make it work, believe that God has the right person for you and He will bring you to each other.
I seriously advocate one relationship at any given point in time for singles’ in waiting,that is why there is need for serious considerations and prayers before venturing in at all. I totally disagree with any need for a plan B, or second fiddle, no one deserves that!
Psalm 32:2 (ESV)
Blessed is the man against whom the LORD counts no iniquity, and in whose spirit there is no deceit.
Proverbs 12:19 (CEV)
Truth will last forever; lies are soon found out.
I believe in sincerity in every relationship, especially with one whom you plan to spend your life with.
NO ONE WANTS TO PLAY SECOND FIDDLE, NO ONE DESERVES IT!
I believe you think so too! Share your thoughts in the comment box further down.
Copyright© Ugochi Oritsejolomisan 2012