Home : Faith : JUST THIS ONCE

19 Dec JUST THIS ONCE 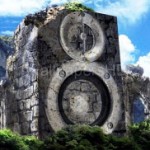 In very few days, we would be celebrating the birth of The Greatest Man who ever and would ever walk the face of this earth.  He entered this world through the womb of a young virgin girl, from a lowly family, was born in a stable and laid in a manger.  Can you imagine that? What a way for The Saviour of the whole world, The Son of The Almighty God, God Himself to be come into the world!

He lived in Nazareth for a while because His parents were not certain Archelaus would not try to kill their special child Jesus, just like his father Herod did,so they stayed in Nazareth for a while. And when Phillip introduces Jesus to Nathanael as JESUS CHRIST of NAZARETH, the Messiah whom had been prophesied about, Nathanael asked: “Can anything good come out of Nazareth?” John1:46

He knew the Prophecy was that the Messiah would come from Bethlehem in Judah, and he thought it did not happen like it was said, so he had doubts…  Nazareth was a small obscure city in Galilee, and The Messiah was supposed to be from Judah, the land of the great King David.
Now we must forgive Philips ignorant message to Nathanael, because we have also made our own mistakes as young believers, and praise God Phillip not knowing what to say like most of us at the beginning too, said to Natahnael; “come and see”…
Now my point in all of this is to remind us that just like Nathanael jumped to conclusions that it could not be Jesus, instead of asking where He was born and perhaps getting more details, a lot of people also jump to conclusions without digging in the word and finding out the truth via the word of God. We try to understand the word of God through the lens of logic and intellect causing us to draw confusing and inaccurate conclusions.
I hear a lot of people say they have been hearing about Jesus’ return from their childhood and that was 50 years ago, so they believe it is all a goof. Some say their grand-parents told them when they were little and it has not happened since then, so they stopped waiting for His return. Some never believed at all because “how could a God we claim to love unconditionally destroy the earth and send his creation to burn in fire?”
The word of God says “So always be ready! You don’t know when the Son of Man will come.” Luke 12:40
I thought to remind you that just like He promised to come the first time and was born and died, buried and rose again: He will also return like He has promised, to take with Him those who believe in Him. But He does not tell the exact time or day or year of His return, no matter what prophets prophecy, if Jesus said He didn’t even know when, while He walked the earth, then nobody can. That is why Jesus advised in the verse above that we live ready since we do not know the day or the time, we should walk and work in order to be ready to go with Him upon His return.
As we celebrate the birth of Jesus, let us also bear in mind that His return is imminent.

This is a season full of temptations due to all the merriment in the air. The devil strategically positions his snares for God’s people and unfortunately simple ones fall for it. (You will not in Jesus name!)

This is the season where people throw caution in the air and do all sorts of things without considering the consequences, both now and in eternity.  They make the excuses that it is JUST THIS ONCE…

Forgetting that once can be enough for for the enemy, I advise and admonish that we all stay good and remain godly as we celebrate, staying in The Spirit and keeping in mind that it is Jesus we celebrate and He expects us to remember that He still requires that we live holy.

I hope you get me… Please scroll further down in the comment box and let me know you did.