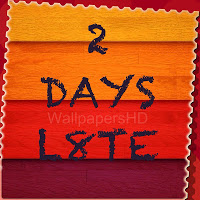 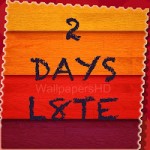 If anyone told you that they loved you so very much, and you believed it. And then suddenly something not good happens to you and if this person came, all the trouble would go away, and you expect this person to be the very first person to come for you, but they don’t show up. How would you feel?

Wouldn’t you have doubts as to whether this person truly loved you like they claimed? I would!

I believe this happens between us and God many times, when we cry out to Him and expect that he would give us an immediate response, but then He “delays”. And some of us get angry and confused because we don’t understand how He could claim love for us and not answer us immediately we call for Him.
But can I share a story with you? It is the story of Lazarus; do you remember Lazarus, the one whom Jesus loved dearly?
Now Jesus loved Martha, and her sister, and Lazarus. John 11:5
See how Jesus responded to this man whom he loved;
Jesus had just left the temple in Jerusalem where He taught and faced being stoned to death; He had gone beyond Jordan when news came to Him that Lazarus was sick:
Therefore his sisters sent unto him, saying, Lord, behold, he whom thou lovest is sick. John 11:3
Note that He was told “the one whom thou lovest”
It was well known that this man Lazarus was beloved of God. But see how Jesus responded:
When he had heard therefore that he was sick, he abode two days still in the same place where he was. John 11:6

Does this make you wonder like I wondered why Jesus did not leave immediately with the messengers? One would expect that for the love He had for Lazarus He would have left everything and run off with them to heal him, or even just speak a word and command His healing. But no, He stayed there for two more days and while he remained there Lazarus the one whom He loved died!
Then He, knowing that Lazarus had died, told His disciples it was time to go and see Lazarus and wake him up from death.
I want to pause here and tell you that God is not unaware of how dire your situation is right now, He is also not unaware that the year is wrapping up and you are wondering if it can still change before the thirty first of December.
But I learnt from this incident that God sometimes just wants to show off, He wants to get all the glory out of our predicaments.  And most importantly I believe in Lazarus’s case, He wanted people to believe in Him.
I believe God might just want to answer you in a way that you and everyone REALLY know it couldn’t have been anyone else but God, and make believers out of the many doubters in our world too!
So what you might be thinking is a delay or denial, might just be God wanting to show off His glory to your world, the situation might be stinking and rotten like Lazarus’s corpse was but God can make it come alive and new too!
John 11:41-45
41 Then they took away the stone from the place where the dead was laid. And Jesus lifted up his eyes, and said, Father, I thank thee that thou hast heard me.
42 And I knew that thou hearest me always: but because of the people which stand by I said it, that they may believe that thou hast sent me.
43 And when he thus had spoken, he cried with a loud voice, Lazarus, come forth.
44 And he that was dead came forth, bound hand and foot with graveclothes: and his face was bound about with a napkin. Jesus saith unto them, Loose him, and let him go.
45 Then many of the Jews which came to Mary, and had seen the things which Jesus did, believed on him.
(All emphasis mine)
Just to give you a fit of joy, you will gain some popularity too; you would become God’s show piece, a reference point to God’s miracle working power.
Much people of the Jews therefore knew that he was there: and they came not for Jesus’ sake only, but that they might see Lazarus also, whom he had raised from the dead. John 12:9
My point…  Do not despair, God is planning a grand entry into your situations, your testimony will give God glory and become a great message for the salvation of many! I know you might have waited longer than two days but God is not restricted by time, He is time, and He is coming through for you. Remember His glory and your testimony is His purpose!