IT CAN HAPPEN FOR YOU - Ugochi Oritsejolomisan
1205
post-template-default,single,single-post,postid-1205,single-format-standard,bridge-core-3.0.2,qode-page-transition-enabled,ajax_fade,page_not_loaded,,qode_grid_1300,qode-child-theme-ver-1.0.0,qode-theme-ver-28.8,qode-theme-bridge,qode_header_in_grid,wpb-js-composer js-comp-ver-6.9.0,vc_responsive

Home : Faith : IT CAN HAPPEN FOR YOU

IT CAN HAPPEN FOR YOU 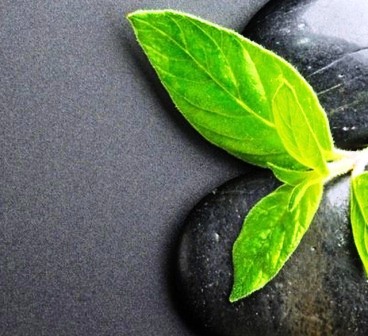 28 Nov IT CAN HAPPEN FOR YOU 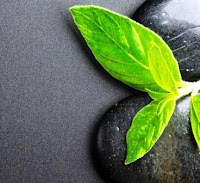 Have you ever heard about someone who miraculously got something you have been wanting and hoping and waiting for almost all your life? I believe everyone has at some point in their lives or another.  What does it make you feel, anger, resentment, sadness… or hope…?
Hope that since it has happened for someone, that there is the possibility it could happen for you too. You know it is very easy to despair, pity ourselves, give up on God and even point fingers at Him when the things we have always talked to God about, something He has even promised in His word is just not happening. God cannot lie, whatever He said He would do He will bring it to pass in your life too.
Now even if it is something you do not really need yet, but is promised in God’s word, He still wants you to know that He can do it. He wants you to believe that everything He has told you He would do, He will do. And He really does want you to believe Him without a shadow of doubt that He will come through for you, and He most times does everything He can to help you believe. Let me tell you a little story to show an example of what I mean.
In the land of Judea, there lived a couple Zacharias and Elisabeth who were good, notice that even God knows they are good and obedient. (LUKE 1:6)  Meaning they are like, faultless. So you may not have done anything to deserve what you are going through but God always makes something good out of bad situations.
Now back to the story, they were not only good but were also servants of God, doing there service as was required. And they were already old.
And then one day, while on duty in the temple, an angel of the Lord goes to meet him and tells him that he and his already old wife are going to have a son. I guess you know the story of how he questioned God and got dumb as a reason… but that does not concern this post today. Anyway, Elisabeth does get pregnant like God said…
And then in a nearby town God sends his angel to a virgin, Mary and tells her she is going to have a son, she is not married. She asks how it will be and the angel tells her it was going to be by the power of The Holy Spirit. Notice that there was reason to doubt God here too, Mary had no husband so how? Just like Elisabeth has past the age of childbearing so how?
But the angel seeking to encourage her faith tells her: ‘Look! Your cousin Elisabeth that is old whom everyone called barren is now pregnant and in three months she will bear a son.’
At this point Mary’s faith is strengthened and I am sure she thought to herself that if God could make it happen for her old barren cousin, then he will do just like He has told her, and she believed.
I think by now you get the point, if what you desire has ever happened before to anyone you know, or maybe you just heard. Then God let you know or see it so that you will believe and know that He will come through for you too. So be encouraged, think of just one person whose testimony is one you also look forward to sharing for yourself and hold on. Keep your hopes alive and rejoice in the knowing that God can and WILL make it happen for you too!
God shared Elisabeth’s testimony with Mary to tell her ‘If I could do it for her then trust me, I will do it for you too’.
Now, even if it is something you are sure has never happened before and you want your testimony to blaze the trail, God has a promise for that too:
Isaiah 43:19
Behold, I will do a new thing; now it shall spring forth; shall ye not know it? I will even make a way in the wilderness, and rivers in the desert.
Need I say more? Has God granted someone else the same thing you desire? Is your faith stirred, do you see your desires from God’s promises  coming to pass?
Please share with me in the comment box further down.