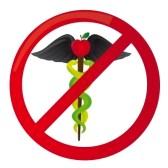 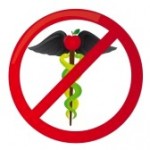 Some time ago, I heard of how a lady dated, courted and married a man without telling him her health or medical status. Her genital organ was sealed with flesh and he did not get to find out until the wedding night. I found this very unreal and sad, how could anybody be so mean? There is a medical solution to this I was told, and if she had mentioned it, who knows, the man might have helped her handle it and go on with the marriage. If my husband could marry me with all the medical reports about me than it is possible someone else can do it.
I also learnt of an impotent man who never mentioned it to his fiancé before they got married, the former man opted out of the marriage but I do not know what happened to the later marriage. This is a very serious form of deception if you ask me; I for one would not be bound in any marriage founded on deception. The darkness in the world is getting even darker, but that does not mean we should allow the darkness to cover us too.
I was not really surprised then, when in my office one afternoon, a lady asked me a question. She asked that since sex is inappropriate before marriage, how she was supposed to know that the guy is potent. She went on to tell me how she was not going to take the chance, how she had heard deceptions of the kind I mentioned above.

When I asked what she meant by not taking any chance she said she will make sure she finds out before she goes ahead with the marriage.  And she reasoned that since a direct approach might offend him she plans to find out indirectly, she was going to rob his back while standing behind him and look down at “him” to know that “he” is alive. Of course I disapproved; it would be like leading cattle to a lake and asking them not to drink. Besides it might still be offensive to him if he knew the motive behind what she was doing.

I agree that we live in a very deceptive world right now. And some people cannot be trusted. I also agree that it is not very easy finding sincere people whom you can deal with. But I believe that in the midst of the insincerity going on we should stay with God and all the principles and pathways of truth that He has laid down for us. Since He says we should keep our marriage bed undefiled, He means that we should do it in spite of all circumstances.
I believe that if you stay faithful to God and his calling to righteousness, He is not unrighteous to bring to you a man or woman who is not truthful.  It is only when we refuse to inquire from God, listen to Him and check our spirits that we fall into such heart breaking errors. So in order to make sure you get married to a sincere person, one who has no secrets in their closet, you should be sincere yourself. You should make sure you stay true to God and the people you relate with. Do not be afraid to do the right thing whatever it may cost you; the reward cannot be compared to any momentary gratification that might be appealing to you right now.
Romans 12:21
Be not overcome of evil, but overcome evil with good.
Hebrews 11:6
But without faith it is impossible to please him: for he that cometh to God must believe that he is, and that he is a rewarder of them that diligently seek him.
3 John 1:11
Beloved, follow not that which is evil, but that which is good. He that doeth good is of God: but he that doeth evil hath not seen God.
Share your thoughts; if you are/were single, what would you do to make sure you do not get deceived in this manner?