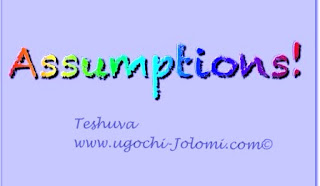 A lady (lady A) walked up to me and told me how another lady (lady B) just insulted her. She says lady B brushed past her and hissed at her. I questioned why she would do that, I asked if they had ever had issues before now and she responds in the negative. After a while she recounts that she had called the attention of another lady with whom this lady had a little brawl earlier, and said maybe she was upset that she called the other ladies attention, she opined that maybe she thought they were discussing the matter. But the other lady (lady c) only asked her for a pen.
Fortunately, the lady B was still around and I called her in to ask why she had behaved so towards her sister. She said lady B does not like her. She spoke of how she talks to everyone around but her. How she looks at her with displeasure all the time, how she constantly ignores her. She ended up by saying how she had caused her so much pain and she wanted to give her a taste of her own actions. In her words: “I wanted her to feel the pinch of what she was doing to me.”
I would like to state here that I am only sharing this as an instance of the above topic and it is by privilege of my office that I was able to intervene in this situation. That said; let’s get back to the essence of all of these.
This reminded me of this day that I stood talking with a sister after one meeting. I saw and heard another lady saying hello to me, but I had to turn back to the sister I was talking with, and did not respond to the greeting. It took me some moments to realize that I didn’t respond and I ran after her apologizing. I am sure if I had not done that, she might have assumed that I didn’t just want to respond to her. And that would have affected her thoughts about me.
I have learnt some things from the above incidences:
Sometimes what we see is not exactly what it is.
Lady A was shocked when Lady B said that she always looked at her with displeasure. She said it had never happened. I had to let lady B know that sometimes someone could be looking past you trying to think some issues through and it would appear like the person is looking at you funny. Some times when we accept wrong suggestions about someone, it can affect how we relate with that person.
It helps to make excuses for someone.
Sometimes, making excuses for someone helps you not to fall into wrong assumptions about that person or the situation. At least I have been in the situation, if that lady who said hello to me makes an excuse for me: say I didn’t really see or hear her, or I was too engrossed in my situation, she would not get angry even if I did not apologize.
You could talk with the person instead of assuming and being bitter.
This is the proper thing to do if you really want to avoid any dangerous assumption. If lady B had gone to Lady A to tell her what she thinks, of course in a polite way with a genuine desire to get cleared in her mind, I am sure she would not have held those thoughts and gotten bitter to the point where she acted the way she did.
Relationships are important; it is important how we treat people. Sometimes FIRST IMPRESSIONS DON’T COUNT. It is always good to treat people how you would love to be treated and even better.
It is good not to be judgmental towards people, a lot of times people react in certain ways because of what they are going through and people are going through a lot. I believe in talking things over, it is best to go to whoever you have to deal with and talk things over with the person, you might just be amazed that what you saw or perceived is completely different from what it really was.
I have been guilty of this myself and I am looking at every situation and people from a whole new perspective.
Proverbs16:20
He that handleth a matter wisely shall find good: and whoso trusteth in the LORD, happy is he.
Proverbs 18:13
He that answereth a matter before he heareth it, it is folly and shame unto him.
Romans 14:19
Let us therefore follow after the things which make for peace, and things wherewith one may edify another.

How about you? Have you ever fallen for dangerous assumptions?