WHY DOES IT HURT SO BAD?! - Ugochi Oritsejolomisan
1280
post-template-default,single,single-post,postid-1280,single-format-standard,bridge-core-3.0.2,qode-page-transition-enabled,ajax_fade,page_not_loaded,,qode_grid_1300,qode-child-theme-ver-1.0.0,qode-theme-ver-29.1,qode-theme-bridge,disabled_footer_bottom,qode_header_in_grid,wpb-js-composer js-comp-ver-6.9.0,vc_responsive

Home : Forgiveness : WHY DOES IT HURT SO BAD?!

WHY DOES IT HURT SO BAD?!

Why do we ignore it when people do some things to us but get so upset when our spouses do the same things? Do we expect so much from them; expect them to know us enough to know that that would hurt us or what?! 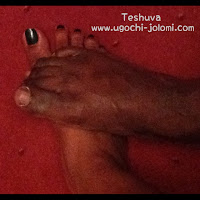 Maybe you are not guilty of this but I am. I easily ignore and make excuses for people when they do something I don’t like, but when my husband does the same thing I allow it to hurt me, note that I said allow. Several things He has asked me why this is so and I tell him it is because I expect him to know me better than anyone else and therefore should know what hurts me. I must admit that I am not proud of this but I just expect that he knows me more so…

It is however expected that the one closest to you hurts you more and most often too. Take for instance my husband’s often reference to the tongue and teeth, they are the closest to each other, cannot function effectively without each other, yet the teeth hurts the tongue more than any other part of the body, and often too, even though the teeth should know the tongue other extremely well. The hands or any other part of the body hardly hurt the tongue, even if they do, it would not be as painful as when it gets bitten by the tongue. It is no different between man and wife, since they are closely knit in marriage, and supposedly closer to each other than anybody else.

So how should we handle this, since we cannot escape mistakenly doing things that would hurt each other? How can we learn to ignore or deal with this hurt that so easily comes when our spouses “step on our toes?”
I believe it is by learning to love them like we should, in the true sense of the word. If we love them truly then it should be easier to make excuses for them more than anyone else, this is however tough on our flesh, doing the right things mostly do. But we must believe that they wouldn’t in any way hurt us or do things that would hurt us on purpose. Thinking so would help us to maintain positive reactions towards them.
We must allow love to overflow our hearts for our spouses and others too. That way love would shield our hearts and our spouses’ actions would no longer hurt us so bad.
Proverbs 10:12 (BBE)
…but all errors are covered up by love.
Linked With:
Flock Together Tuseday
Monday Meet Up and
Monday Mingle
ugochi-jolomi/BWbi