HER MARRIAGE AND HER DEATH - Ugochi Oritsejolomisan
1203
post-template-default,single,single-post,postid-1203,single-format-standard,bridge-core-3.0.1,qode-page-transition-enabled,ajax_fade,page_not_loaded,,qode_grid_1300,qode-child-theme-ver-1.0.0,qode-theme-ver-28.8,qode-theme-bridge,qode_header_in_grid,wpb-js-composer js-comp-ver-6.8.0,vc_responsive

Home : Married Circle : HER MARRIAGE AND HER DEATH

HER MARRIAGE AND HER DEATH

03 Dec HER MARRIAGE AND HER DEATH

Posted at 17:04h in Married Circle by Ugochi Oritsejolomisan 25 Comments
0 Likes
Share
I want to share a story with you, a very sad one but with some very salient lessons to learn from it. 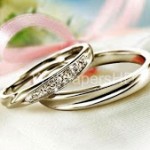 A couple we (my husband and I) knew some years back, if I guess right about six years ago, were having serious issues in their marriage. The wife came complaining to us of how she has discovered that her husband has been unfaithful to her. She was so heart broken and devastated, she wept so hard that I felt her pain and found tears welling up in my eyes and running down my cheeks (yes I know, a bit embarrassing…) it happens quite very often with me, I try hard to control it but I fail almost all the time. Anyway, we tried to calm her down and comforted her a bit, my husband assured her he was going to talk to her husband and hopefully by God’s grace peace will be restored in the home.
After sometime, few days I think, my husband gets to talk with the husband and he agreed that he is having an affair with someone else, someone in another state. He blamed it all on his wife and recounted to my husband why he believes his wife is the cause of it all.
He said the whole trouble began when his wife’s sister came to stay with them, they were just a young and growing family; they live in a one bedroom apartment and he thought it was not very convenient for her to be around. They needed to have some time alone to build their young home without interference, and his wife’s sister was not allowing them the privacy they needed together. She goes in and out of their bedroom as she pleases, she even lies down on their bed without caution, plus, she is always rude to him.  He said to my husband that even in his wife’s presence the girl has been rude to him on several occasions, and when he gives his wife these reasons why her sister needs to leave them, she flares up and decrees that she is not going anywhere. He said he had told her several times before but she had always insisted that her sister must stay. He said he knew his sister-in-law was not desolate and wondered why his wife would not allow them to enjoy some room in their small house.
The last straw was the day his wife said in the presence of her sister that she was not going anywhere when her husband mentioned it again, he could not take it anymore, he had just come in from work and he picked his car keys and drove out of the house, he had no particular place in mind, he just needed to clear his head. He drove around until he got to a spot where he just picked a girl off the streets and ended up in a hotel room with her.
And that began his extra marital affair, he suddenly got a steady outside their home state and began incessant “official” travels, gets home from work at odd hours of the night and some nights didn’t come home at all. The other lady was already planning on getting him a job in the state where she was and things were really getting serious between them. He was really no longer in his marriage and, he had moved out of their home since she preferred her sister…
Let me try to cut this short, my husband did a lot of talking to him, showing Him God’s word and mind about marriage, we were excited and believed that he had found his way back to and in God because moved back into their home… but moved out a short while after, even though his sister-in-law had left:  the pull from the other lady was stronger… that was when it happened.
One night his wife who was asthmatic was alone at home when she came under an attack, she had developed high blood pressure in the middle of all of this: she died from that attack.
We must all learn to put our marriages first, after God and before any other relationship. I believe that did not play out well here. Where there is true love and respect for each other, situations like this are better handled and the result is different, positive.
Now what should we say?
Did this lady cause her death?
Did her husband take it too far?
Was she truly the reason he started having an affair?
Or should we blame her sister who was the cause of it all?
I know they all share their blames, but what do you think?
Scroll further down to leave your thoughts.